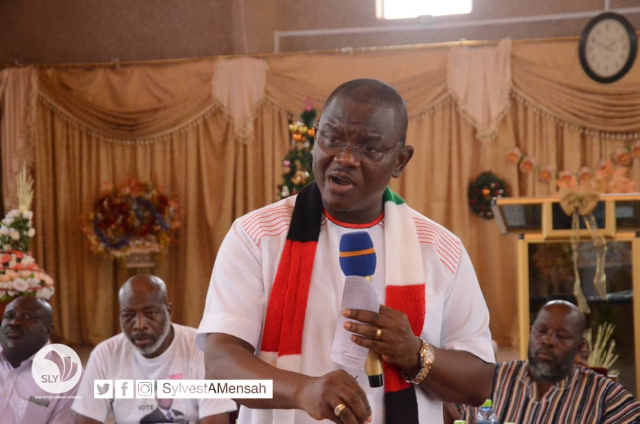 Former CEO of the National Health Insurance Authority, Sylvester Mensah, says the development of Ghana is currently happening at a snail's pace and promised to place the country on the path of rapid accelerated development, if given the nod as president.

He noted that: "Ghana is in a hurry. We can't continue to move at the pace we have moved in recent years when it comes to the development of this country. We need to inject substantial levels of urgency into government business in order to get maximum results from all sectors.”

“If you give me the opportunity as flagbearer and subsequently as president, I shall make sure the economy of Ghana is transformed totally," the and flagbearer hopeful of the National Democratic Congress (NDC) reiterated.

Mr. Mensah mentioned that Ghana must pay attention to its manufacturing sector by deliberately boosting the agricultural sector to ensure that relevant raw materials are produced for industries.

Another sector Mr Mensah promised to develop, is the tourism sector which he believes can fetch lots of money to the country.

"This country is blessed with wonderful tourism potentials which must be developed strategically. There are countries which earn a lot from tourism. We can also emulate them. Under my leadership, tourism shall be given a special attention", he stated.

Branch and constituency executives thanked Mr. Mensah and assured him their votes on the election day.

Mr. Mensah began his tour of the Eastern with a meeting with Regional Executives on Wednesday, December 12, 2018. After sharing his vision of uniting the NDC, rewarding loyalty and creating prosperity for all, branch and Constituency executives commended for his message and pledged their support for him.