In pictures: The life of Robert Mugabe 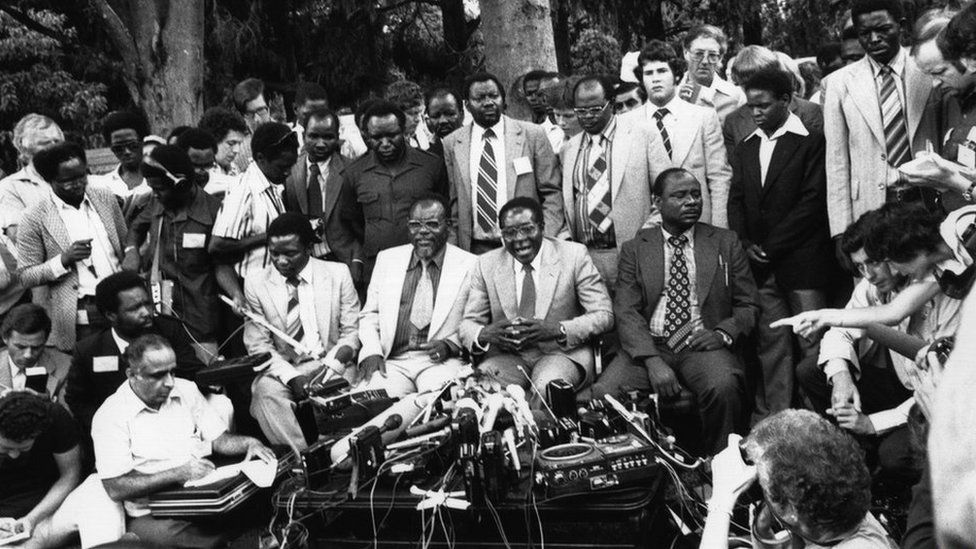 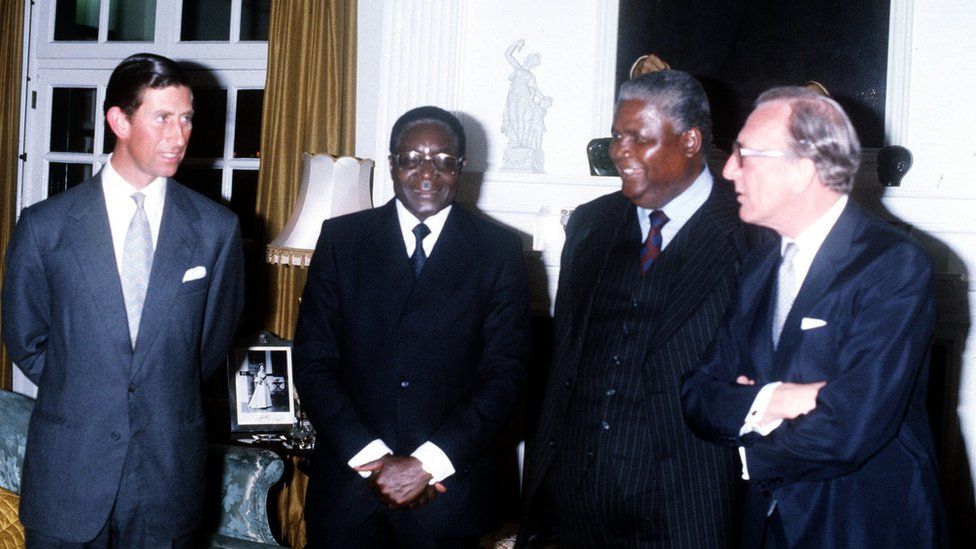 Mugabe was the only leader Zimbabwe had known since independence. He is seen here, (second from left) in March 1980, with the Prince of Wales, Zimbabwe African People's Union (Zapu) leader Joshua Nkoma and Britain's Foreign Secretary, Lord Carrington. 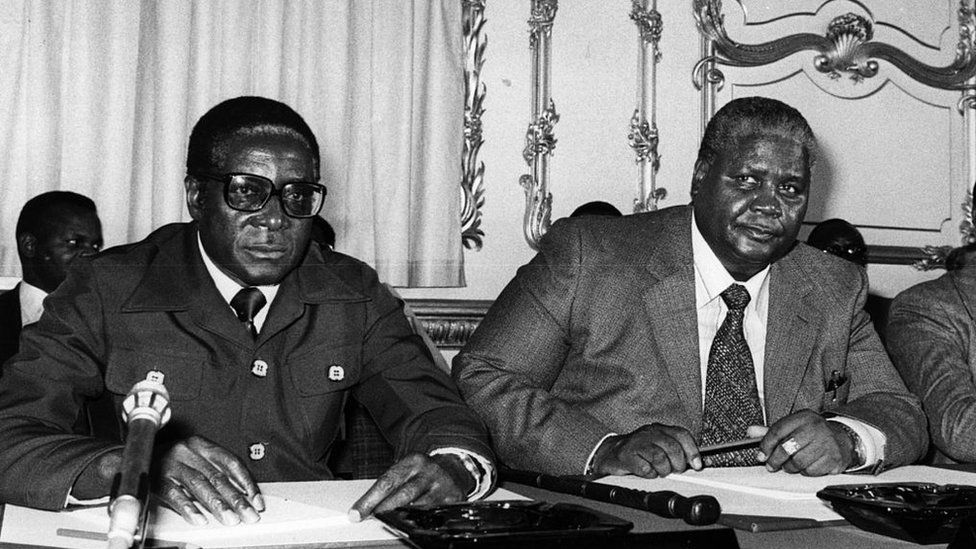 He came to prominence as one of the leaders of a guerrilla war against white minority rule, along with Joshua Nkomo (right). The pair later fell out. 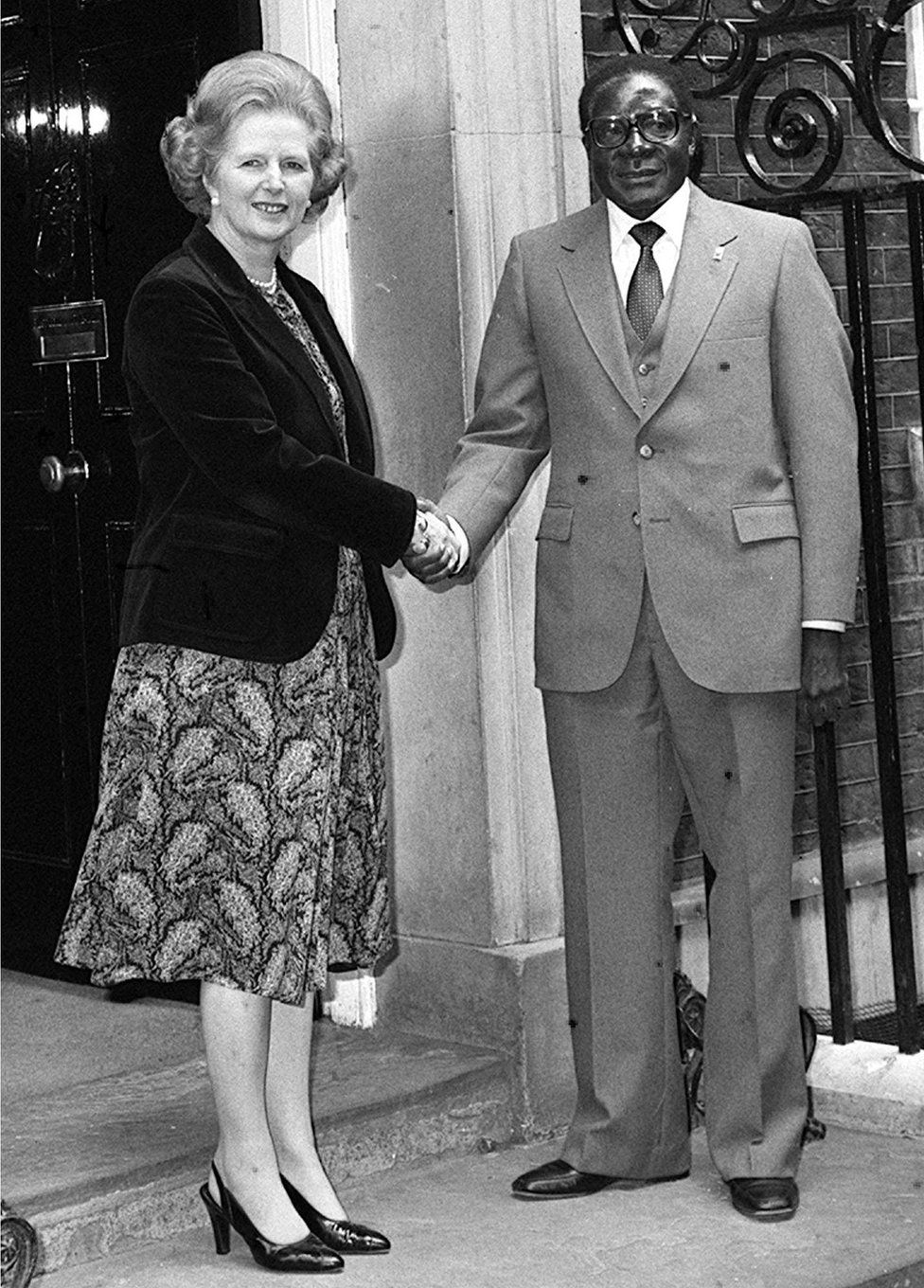 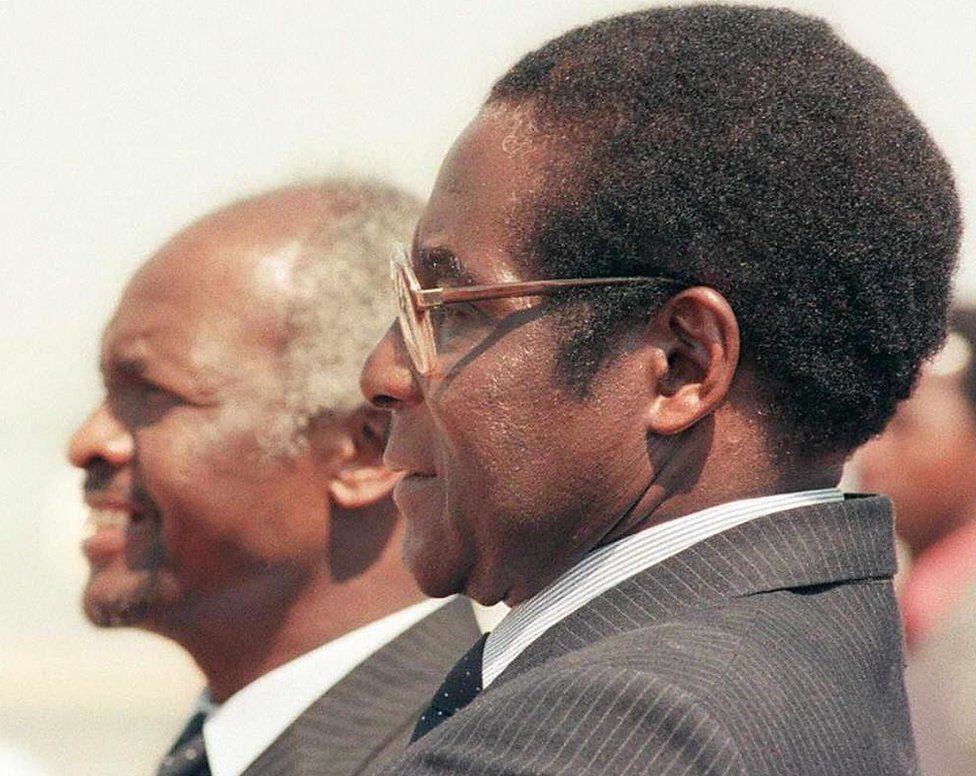 Mugabe ruled alongside President Canaan Banana until 1987, after which he took over the role of president. 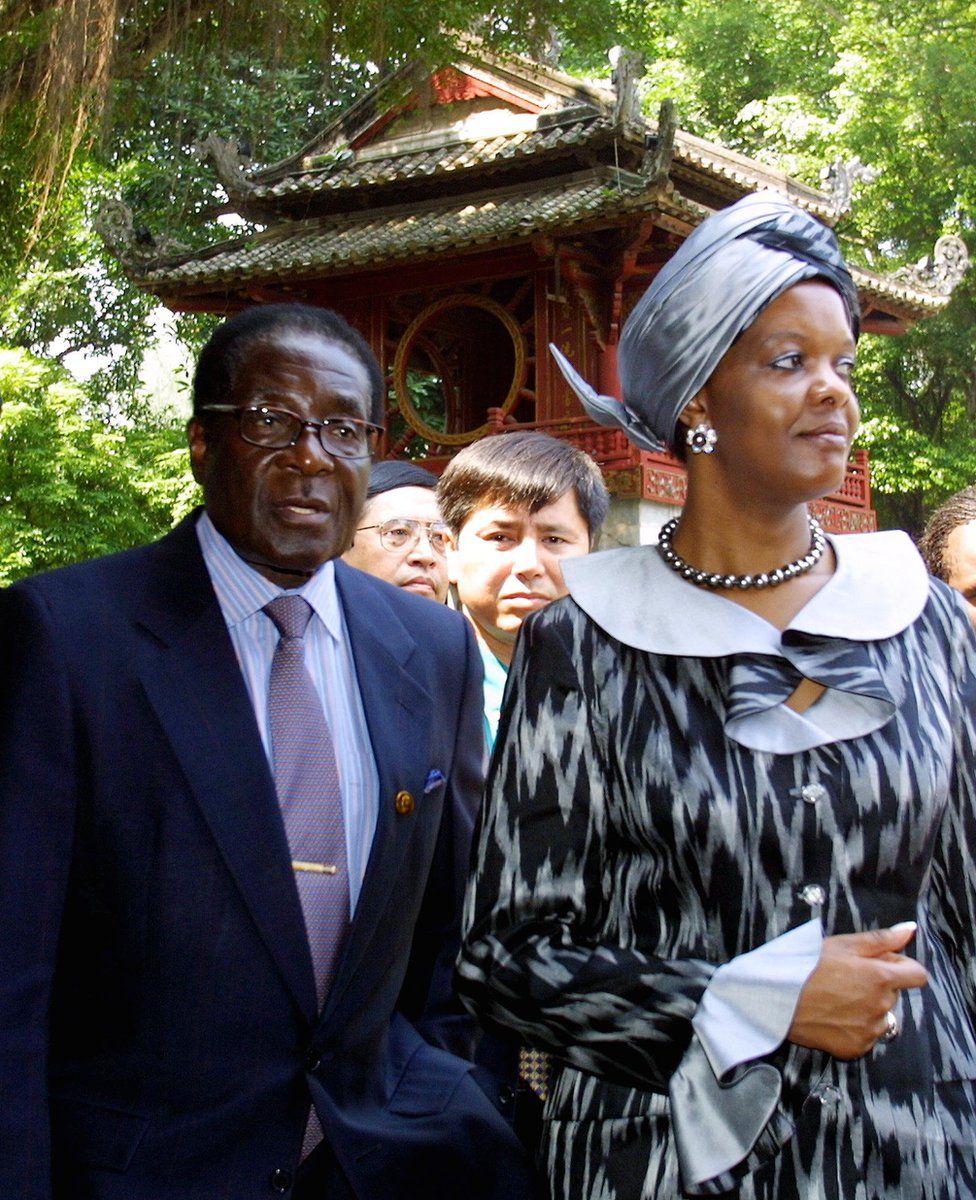 Some Zimbabweans say things started going wrong when he married his young secretary, Grace, in 1996. The pair are seen here while on a tour of Vietnam in 2001. 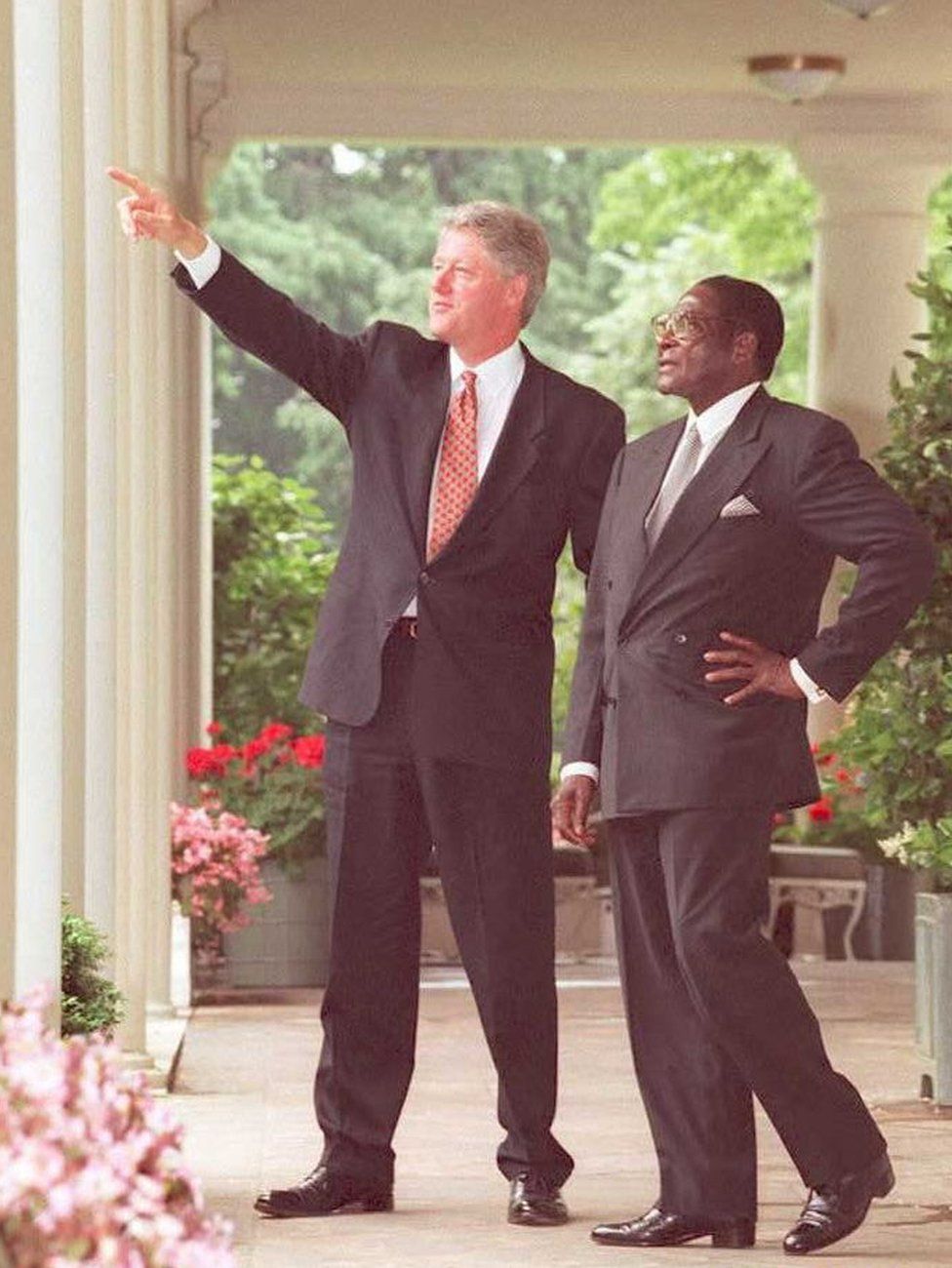 In 1995 Mugabe met US President Bill Clinton, but back home the economy slumped. He faced new opposition but he came out fighting.”‹”‹”‹”‹”‹”‹”‹ 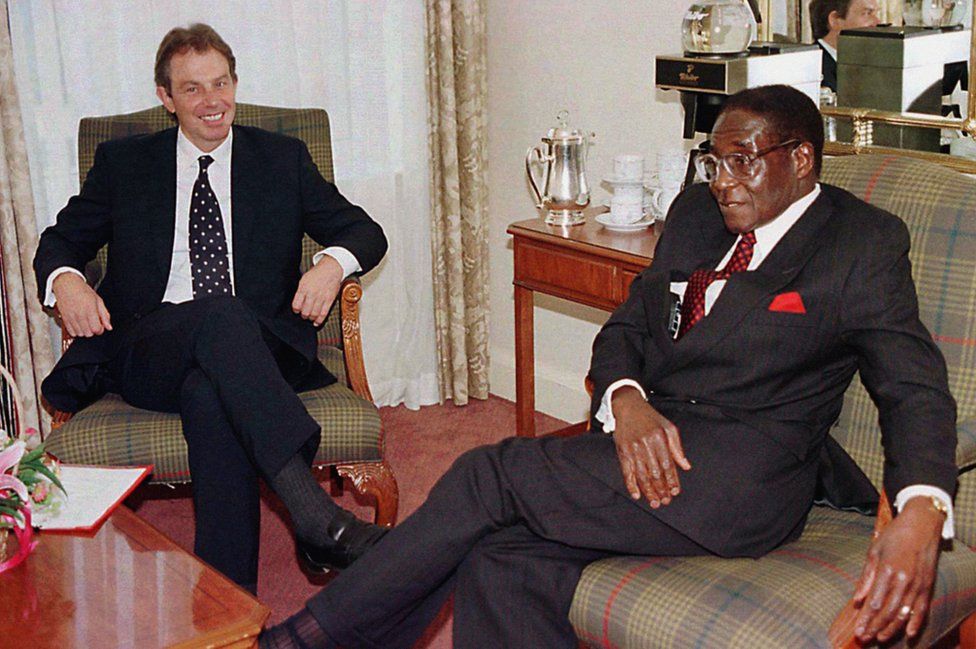 Mugabe reverted to the mentality of the guerrilla fighter, blaming his problems on white Zimbabweans and Britain, the former colonial power.”‹”‹”‹”‹”‹”‹”‹ 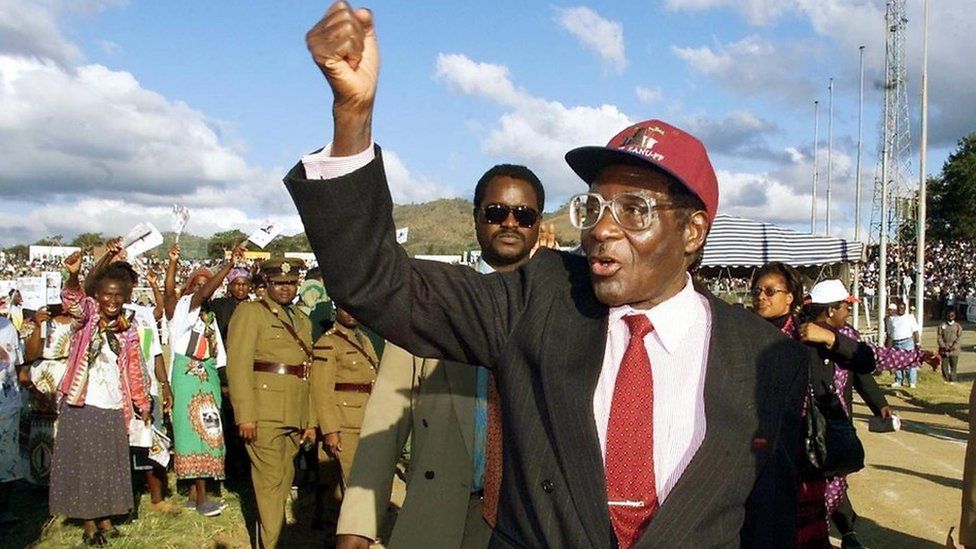 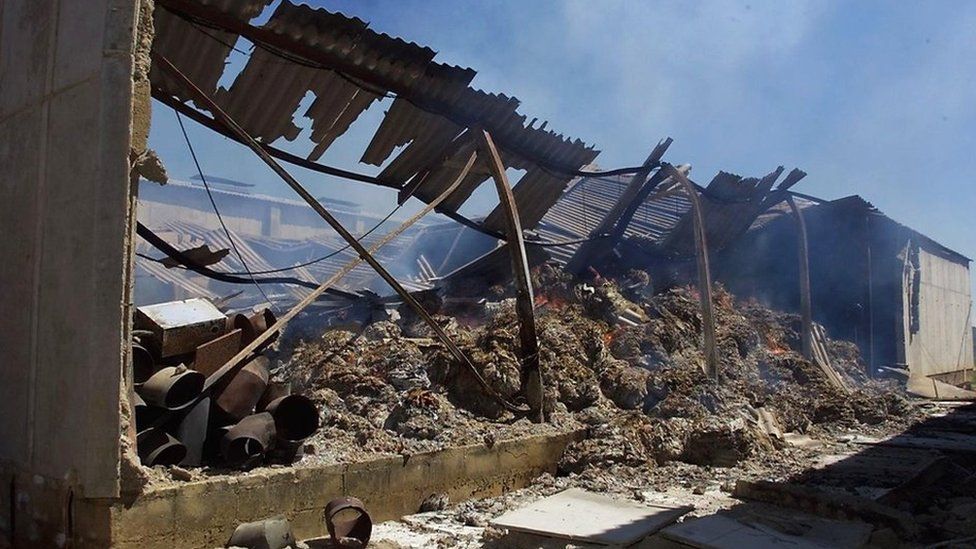 They attacked opposition activists and spearheaded the seizure of white-owned farms.”‹”‹”‹”‹”‹”‹”‹ 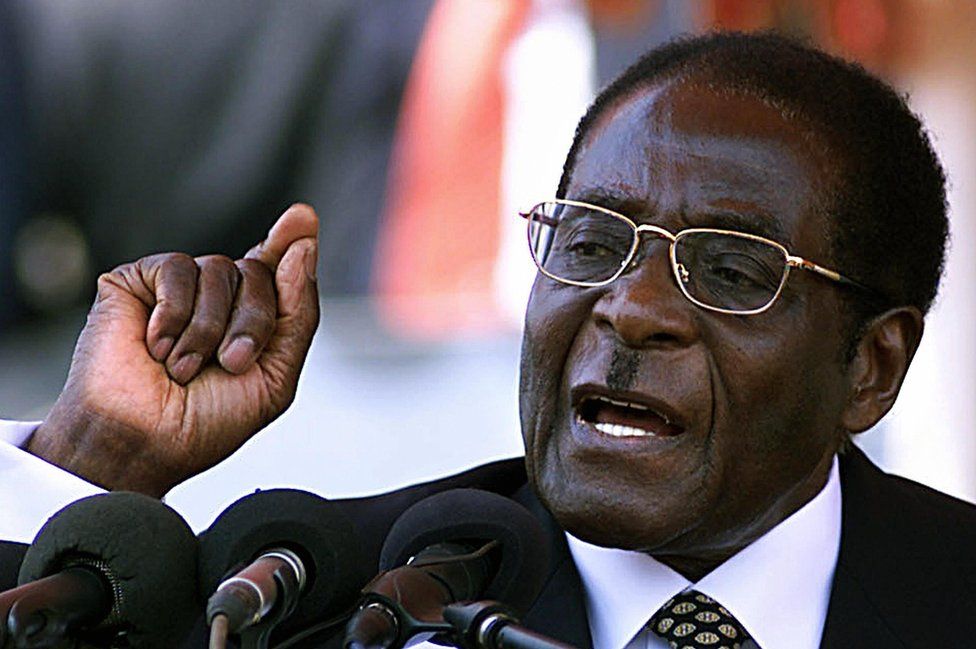 More than 100 people were killed in two violent election campaigns, which left Mugabe in power but complaining of a Western plot to undermine him.”‹”‹”‹”‹”‹”‹”‹ 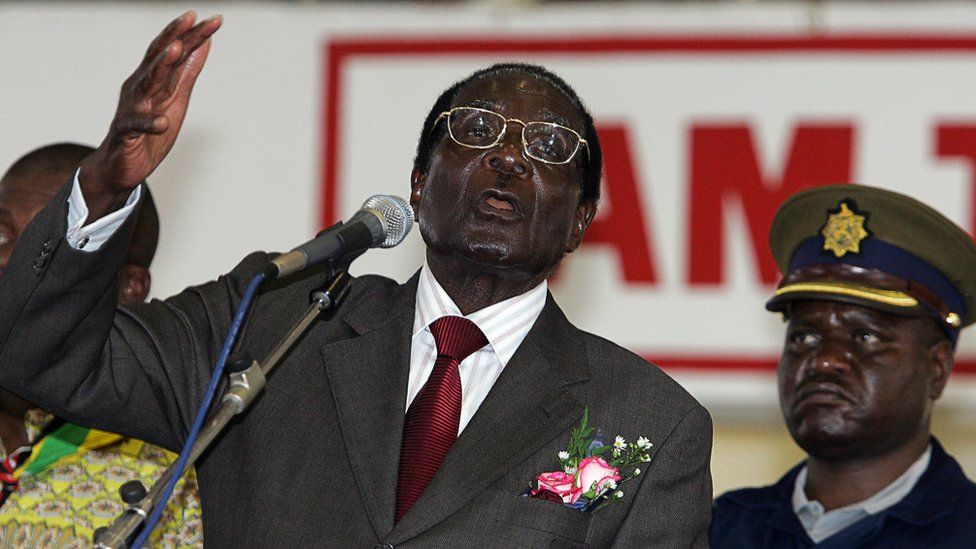 A staunch Catholic, he said his prayers had been answered with the "defeat" of his enemies and the seizure of most white-owned land.”‹”‹”‹”‹”‹”‹”‹ 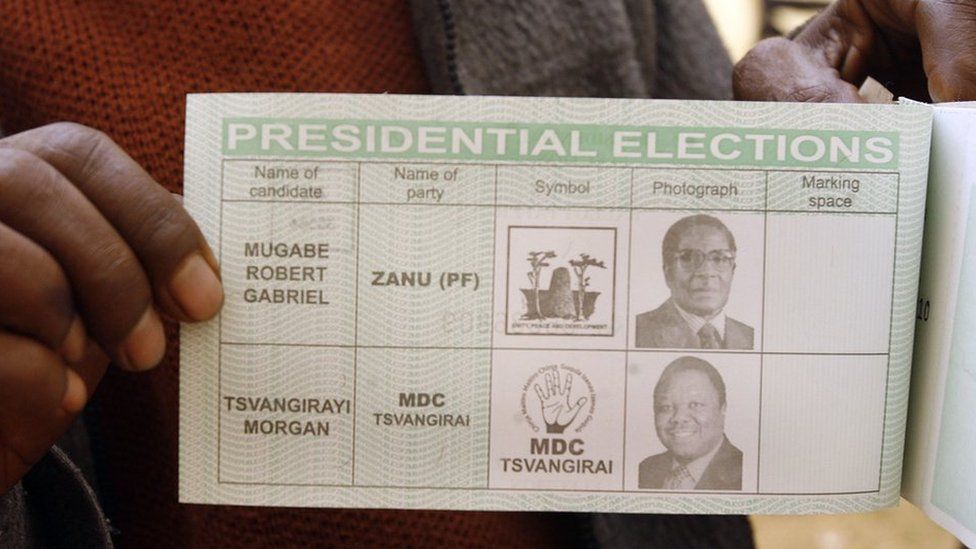 As Zimbabwe's economy went from bad to worse to disastrous in the 2000s, Mugabe's political and physical demise was predicted many times. In March 2008, his future looked more uncertain than ever as Zimbabweans voted in presidential elections. 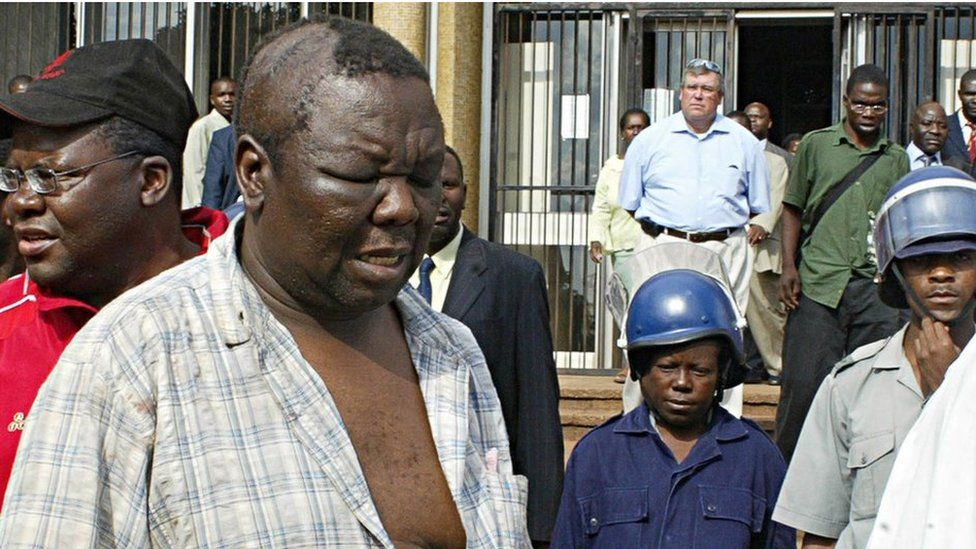 After failing to win enough votes to avoid a run-off with opposition challenger Morgan Tsvangirai, Mugabe displayed characteristic defiance, swearing "only God" could remove him from office. In the event, in the face of increasing political violence from ruling party supporters, Mr Tsvangirai pulled out. 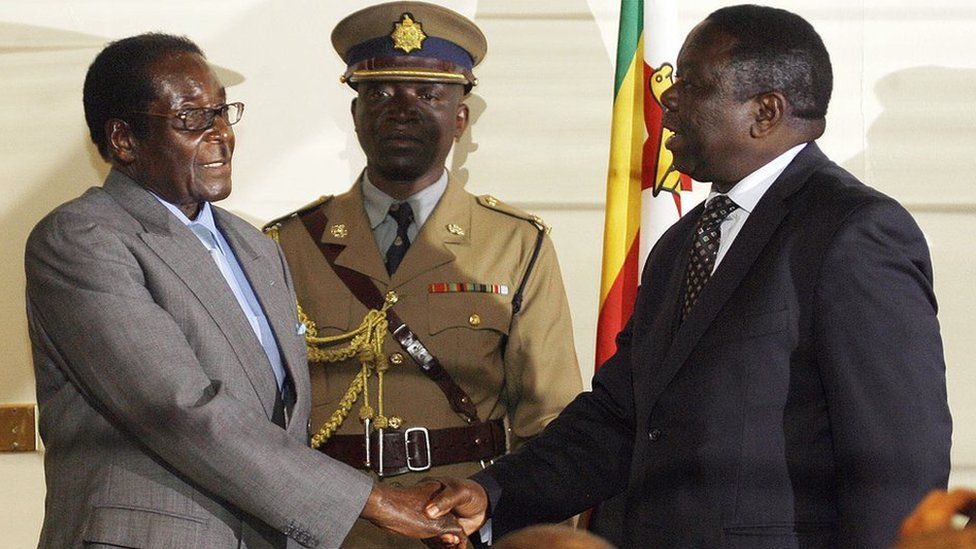 The economic meltdown continued, and Mugabe agreed to share power with his long-time rival, who became prime minister.”‹”‹”‹”‹”‹”‹”‹ 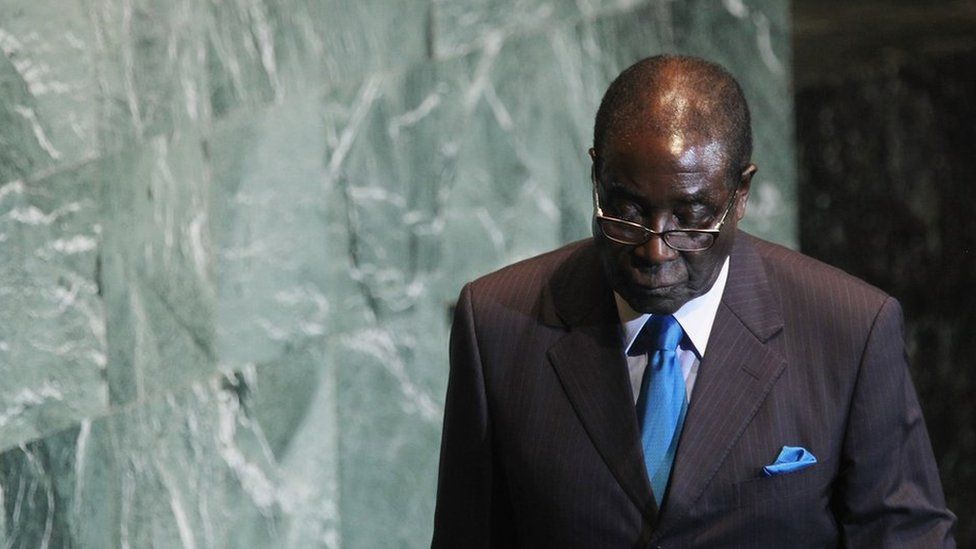 Although predictions of Mugabe's demise always proved premature, the mounting pressures took their toll. In 2011, a US diplomatic cable released by Wikileaks suggested he was suffering from prostate cancer.”‹”‹”‹”‹”‹”‹”‹ 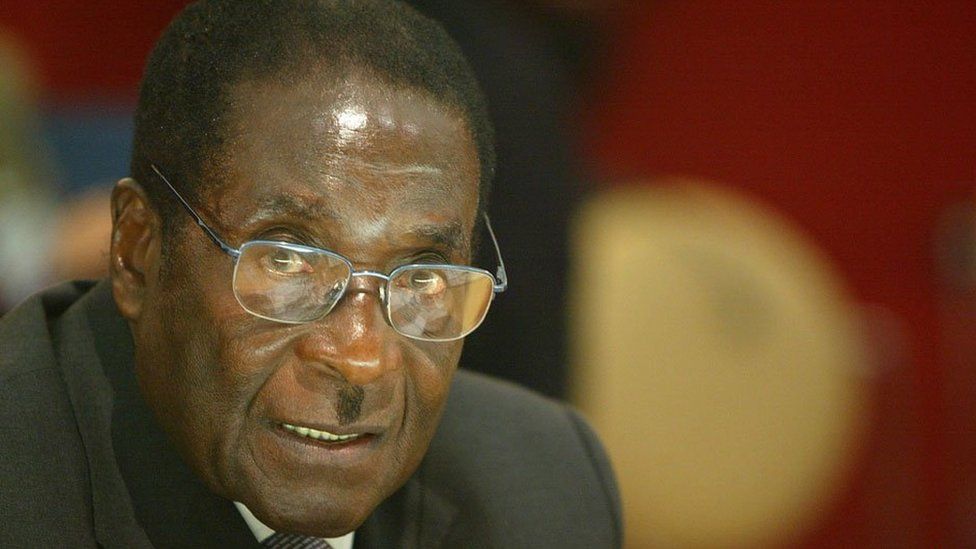 This stoked numerous media reports about his health. "I have died many times – that's where I have beaten Christ. Christ died once and resurrected once," he said on his 88th birthday. 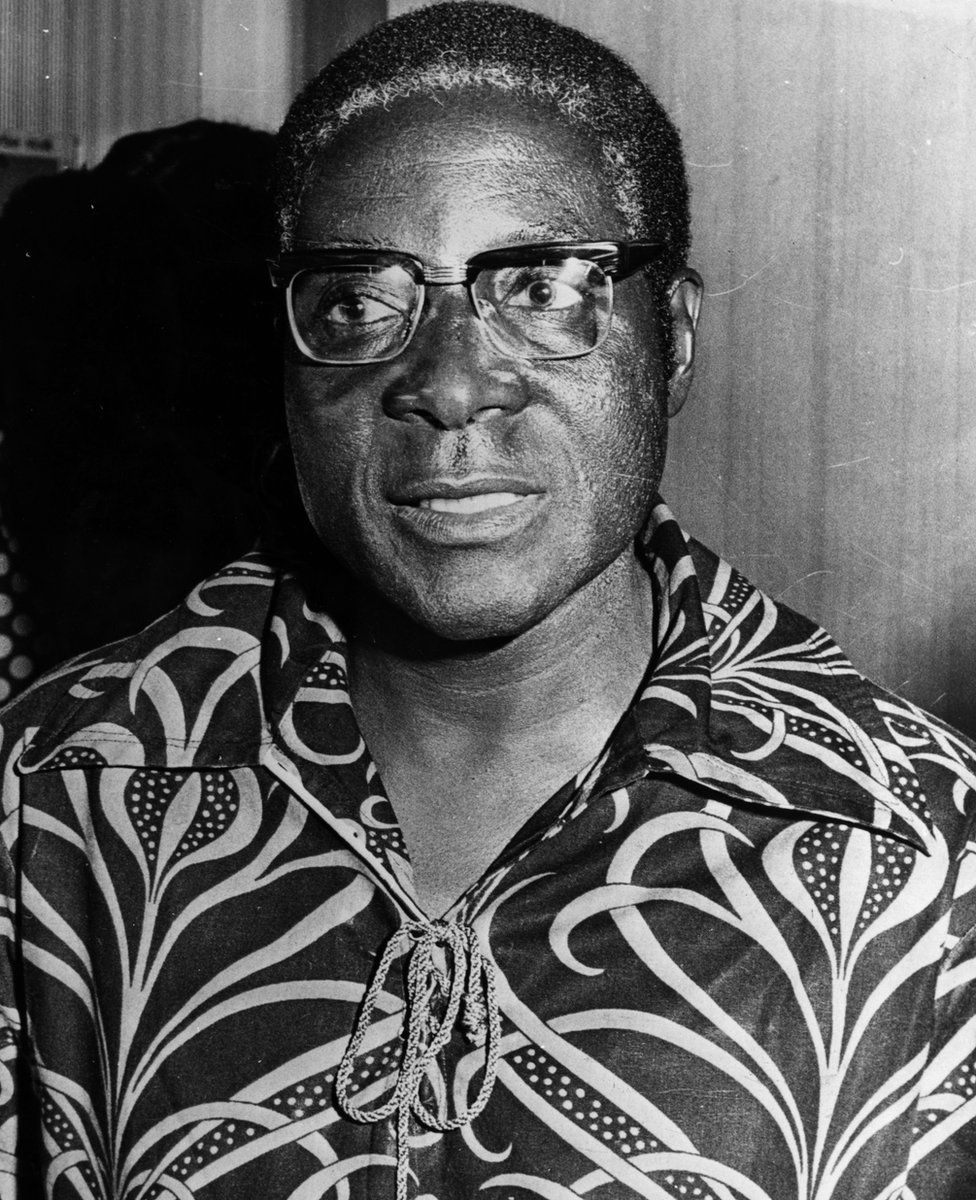