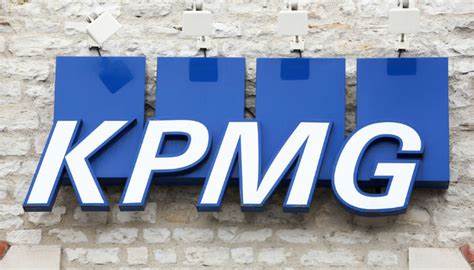 Accounting, auditing and management consultant, KPMG, is warning the country against its increasing debt level, saying it’s unsustainable and could cripple the economy going forward.

It is therefore charging the government to hurriedly bring back the fiscal economy on track or pays for its consequences in the future.

Answering a question from Joy Business on how the country can achieve a balance between reducing debt against stimulating the economy, Head of Advisory and Markets, Andy Akoto called for the channeling of borrowed funds into productive sectors of the economy, whilst streamlining revenue mobilization to shore up income.

“Obviously, the pandemic [Covid-19] introduced a situation not only in Ghana but most countries struggled to respond because all of a sudden unplanned expenditures and relives had to come in, in order to bring the needed respite to the citizenry. Having said that clearly the level at which our borrowing and of course our debt profile is going up is not sustainable.” Like you have said all things being equal it is meant to stimulate the economy with this borrowing so that the needed returns can go back to service the debt.”

“But I’ll also add that for us as KPMG, we were not too surprise because if you have read our pre-budget survey report, we have identified certain global megatrends which will impact most economies by the year 2030 and increasing public debt even before the pandemic hit us….one area that we have identified. For me as a nation, we seems to have been able to discuss these challenges and the solutions all over time and again. It’s a question of the rigour that we implement these solutions”, Mr. Akoto intimated.

Ghana’s debt has reached high levels that have culminated in the International Monetary Fund and the World Bank classifying the country as a high debt distress country.

As part of KPMG’s Pre-Budget Survey ahead of the budget presentation on Wednesday, 17th November, business leaders sampled want government to reduce borrowing for current expenditure and channel borrowing towards employment creation.

“I’m not convinced that even within the Ghana Revenue Authority itself, we have gotten to a point where we are able to effectively and efficiently collect these taxes. We keep talking about a lot of potential tax payers still outside the tax payer bracket or not and we’ve come out with new ideas such as merging our Ghana card with our Tin numbers and so on and so forth. As far as am concern, like I said we seems to have all these solutions and therefore if we are going to achieve the right balance, it is making sure that the monies that we borrow goes into the most productive sectors of the economy”

“And of course, once those monies have gone into the most productive sectors, the expected effect is to be able to mobilise and other revenues from these sectors in order to be able to put it back in these debt services. But I don’t think we are doing very well and that is where the conundrum lies”, he explained.

The KPMG survey also found out about the impact of global megatrends on economies.

It said the public debt is expected to operate as a significant constraint on fiscal and policy options through to 2030 and beyond, and as such “governments’ ability to bring debt under control and find new ways of delivering public services will affect their capacity to respond to major social, economic and environmental challenges.