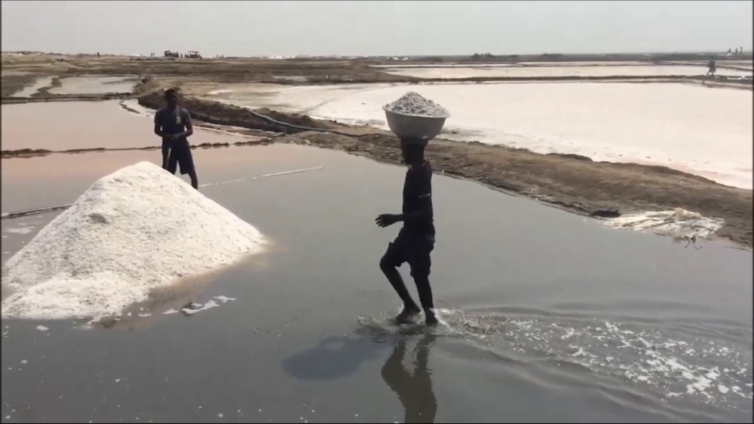 The Public Relations Officer of Seven Seas Salt Limited, Adams Mensah has called on government to invest in the salt mining industry.

Addressing the Media, Mr Mensah highlighted that communities in the Ketu South Municipalities livelihoods depend on salt production, hence, should government give the industry some attention the living conditions of people in the area will turn around.

He further noted that salt in its raw form is a crucial ingredient to many products on the market and can also be used to produce chemicals such as soda ash, caustic soda, sodium chlorine, chlorine among others.

“It’s very important government invests heavily in salt mining industry because its produces lots of chemicals and there is so much to gain in that industry,” Mr Mensah said.

Meanwhile, the Seven Seas Salt Limited has compensated all local miners in the area who were affected by the operations of the company.

The company has also compensated residents and local miners who lost their livelihoods due to the emergence of the Seven Seas Salt Limited.

Mr Mensah noted that it was necessary to compensate the local miners so that they invest the money into something profitable.

He also urged residents to consider working for the company and the company seeks more hands, especially with local content.

“We have, with the help of the government paid their compensation to enable them invest it but we also want to urge the residents to consider working with the company,” Mr Mensah said.

The MCE for Ketu South, Elliot Edem Agbenorwu noted that government is committed at making sure that the residents who lost their livelihood due to the emergence of the company are well compensated.