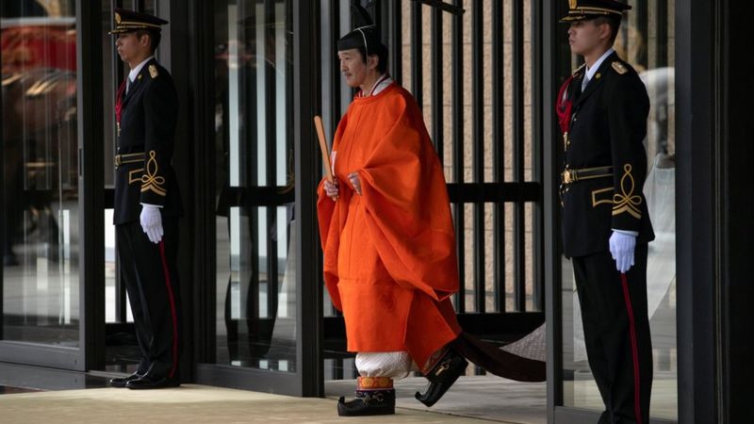 Prince Fumihito, the brother of Japan’s Emperor Naruhito, has been officially declared heir to the throne during a ceremony in Tokyo.

Fumihito is six years younger than his brother Naruhito, who became monarch last year after their father abdicated.

Emperor Naruhito has no sons and his daughter is barred from inheriting the throne, despite calls for reform.

The “Rikkoshi no rei” ceremony had been delayed by seven months because of the coronavirus pandemic.

It was attended by the imperial family and 46 guests, most of whom were wearing masks and maintained a distance from each other, according to Kyodo news agency.

During the ceremony, Naruhito declared Fumihito crown prince to the people of Japan and abroad.

Fumihito also received a sword passed down by crown princes.

Prime Minister Yoshihide Suga said: “The people have revered the crown prince and the crown princess after seeing how they have shown kindness in their interactions with people, so it is a pleasure to see the Rikkoshi no rei being held.”

Emperor Emeritus Akihito abdicated last year. He was given permission to abdicate after saying he felt unable to fulfil his role because of his age and declining health.

He was the first Japanese monarch to stand down in more than 200 years.

Under the Imperial Household law of 1947 only men can ascend to the throne. In 2004 the government began working on changing the law to allow for an empress but it was put on hold after Fumihito’s wife gave birth to a son – Prince Hisahito.

Should Hisahito not grow up to have a son that would spark another succession crisis and could see the government pick up plans from 2004 and change the law.