‘Joe Mettle did nothing to merit Artiste of the Year nomination’ – Ras Kuuku - MyJoyOnline.com 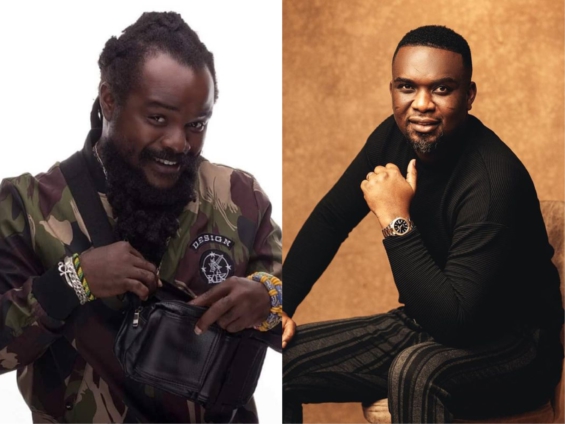 According to the singer, Hiplife artiste, Fameye is a befitting nominee for the category considering the success of his work in the year under review.

Speaking on Daybreak Hitz, “what at all did Joe Mettle do this year to earn a nomination in the Artiste of the Year category? Which of Joe Mettle’s songs can match up to Fameye’s ‘Praise’? Tell me,” he quizzed Andy Dosty.

“All the artistes in the Artiste of the Year category did well last year, but Joe Mettle. All the music bloggers and fans want to know what he actually did for him to be there,” he continued.

This comes after the “Kpagum Style” hit-maker made on a post on Facebook on Sunday, questioning the Ghanaian music industry, whether the Ghana Music Award scheme belonged to the “Bo Noo Ni” hitmaker.

Interestingly, Ras Kuuku believes the Academy and Board of VGMA are bias when it comes to the former Soul Winners lead singer.

Surprisingly enough, the PUOM President claims he did not know who Joe Mettle was, until the artiste won the VGMA ‘Artiste of the Year’ in 2017.

“Me, Kojo Korankye, I didn’t know Joe Mettle until he won the Artiste of the Year award. I never knew him. I didn’t know any of his songs. That’s the fact,” he disclosed.

Even though Kuuku was rooting for Joe Mettle to be replaced with Fameye in the Artiste of the Year category, he argued for himself that, his song, “Fakye”, although was submitted for nomination for the Record of the Year category, it didn’t earn a selection, irrespective of it being a hit in his perspective.

Speaking on the possible reasons he thinks “Fakye” was not nominated, “my song [Fakye] should have been nominated. Why? Was it because the song was bashing politicians? Definitely, some of the board members belong to NDC and NPP. Regardless, we need to put the politicians on their toes,” he stressed.

Be that as it may, Ras Kuuku lauded the “Ye Obua Mi” singer for being an excellent composer and a good artiste.