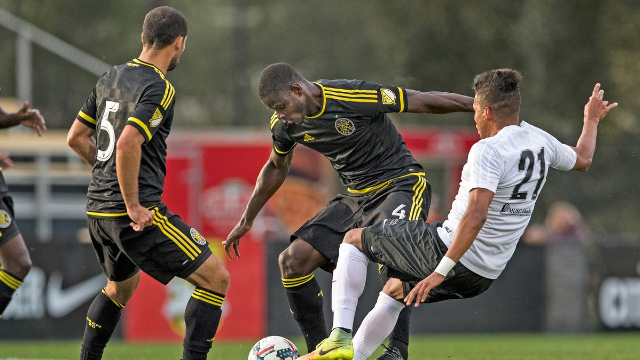 Ghana defender Jonathan Mensah made his Columbus Crew debut on Wednesday in their 1-1 draw with Charleston Battery at MUSC Health Stadium in Charleston, S.C. in a pre season friendly.

Mensah who joined the MLS side from Russian side Anzhi during the January window was one of seven players that made their debut.