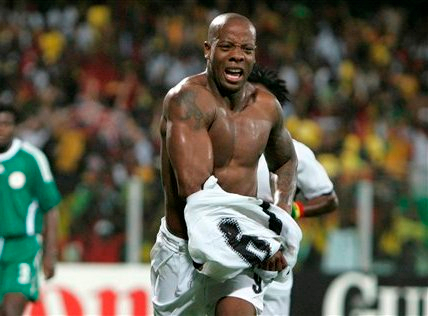 A family source confirmed his death to JoyNews but would not confirm the cause of death.

At 35, the former Nottingham Forest, Sheffield Wednesday striker suffered a stroke in January 2015.  He was featured in a 2017 BBC documentary titled Speechless where he revealed his struggles with speech.

Sheffield Wednesday are saddened to learn of the passing of our former player Junior Agogo.

Our thoughts are with Junior’s family and friends at this very difficult time. RIP pic.twitter.com/4AHHSuPw8M

He appeared to have fully recovered and was seen dancing in a video posted on Instagram in April 2019.

His followers celebrated his recovery and his dance moves while others urged him to cut back on smoking.

After playing lower league football in the UK, Agogo earned a call-up to the Black Stars in May 2006 and scored his first international goal in November in a friendly against Australia.