Kabu Nartey writes: I told them not to go undercover 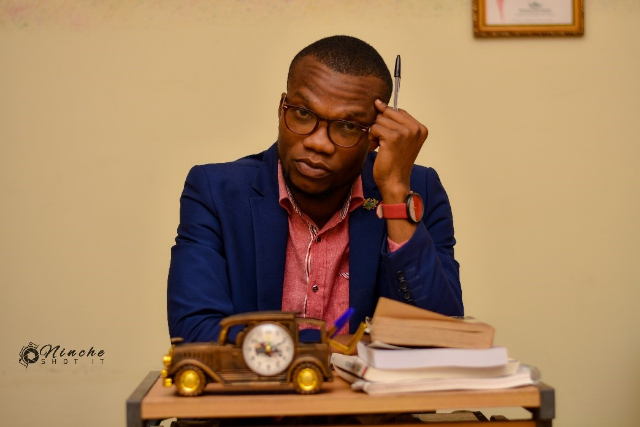 Few comments before I address the majors:

Beyond this, I believe it is an opportune time to reflect on undercover as a journalism kind modelled to fight corruption, abuse of power and all degrees of social injustice.

The Sex for Grade exposè premiered on Monday 0ctober, 7 by the BBC’s Africa Eye, to say the least used what I will liken to be the card stacking propaganda. This concept has been a major moral critique against the use of investigative journalism. Call it the evil of every undercover journalist. It is a question of which parts of the story does the investigator show to the audience in stimulating action from them?

This theory involves the deliberate omission of certain facts to fool the target audience. It is like to gamble with the mind, players try to stack decks in their favour. It is for this reason the court in such matters will always ask for the full and raw tape.

Right thinking members of the Ghanaian society have questioned the intent of the investigators calling it sinister primarily because of major omissions of how the undercover journalist contributed to the conversation and subsequently the loose talks. Further contextual explanation offered by the target, even deepens the deficiencies in the reportage, swaying media trial and public sympathy towards Prof Gyampo.

Undercover journalism over the past recent years, has been a subject accompanied by several ethical debates. Its contributions to democracy cannot be overemphasized. It has been described by many like Africa’s best Anas, as the last resort and discipline that takes the shape of the political ideologies of the day.

But gradually this journalism is getting more attention by upcoming journalists. It remains an effective means of getting results in the media. This means typical of media pluralism; it will become an open door – anyone and everyone can enter and leave at any time. If anyone or everyone can do undercover, that creates a major problem for its core purpose and delicateness.

Sex for Grades has crept into university education. There are many twists to the act, however, the baseline is lecturers are either falling for these temptations or are initiating themselves. Many universities do not enforce their policies including those on sexual harassment. There is even no proactive efforts by management, as if this trend does not exist.

During my tertiary education, in one of our Gender and Development class, I remember making a passionate appeal to our professor, Dr Donkor, to add her voice to intervene for the many girls who were threatened by lecturers to have sex with them least they fail their courses. As if these were jokes, some of these lecturers went on to fail these students when they refused them. They (some) reminded the ladies should they register for resit, they will fail them again, they will continue to do so until they succumb to their demands.

As a leadership activist, I received many complaints in my final year from female friends and I felt the situation was getting out of hand. 80 percent of the demographics of GIJ were females. Some of the victims came with suggestions of going undercover to name and shame but I told them not to go undercover because the venture remains one of the controversial approaches especially when carried out by less experienced people.

Such a canker must be stopped. But it must be done without any biases, malice or shoddy work; for an enlightened society will always choose objectivity over personal views, altruism over hidden agenda, logic over emotionalism and quality over shoddiness. Should you go undercover, you ought to get it right.

The Writer (Kabu Nartey) is a 2017 Kufuor Scholars Fellow. He is the 2019/2020 best graduating student in print journalism and the 2019 most promising journalist of GIJ.