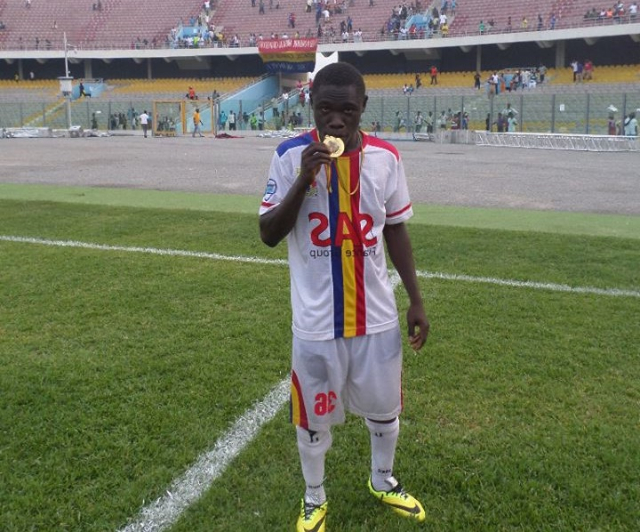 Hearts of Oak's silky winger, Isaac Mensah, is on the radar of PSL side, Kaizer Chiefs.

The winger, nicknamed Messi by a section of Hearts fans, was one of the brightest spots in a shambolic season for the Phobians on and off the pitch.

According to reports in South Africa, the Soweto giants have targeted Mensah and will be aiming to snatch him in the January transfer window.

The winger was not the only player targeted as Ary Papel of Clube Desportivo 1º de Agosto has also been lined up by the Amakhosi. But a source in South Africa reveals the Ghanaian youngster is more likely to seal the deal.

"Of the two, the favourite to be snatched as soon as possible would be Mensah.”

“He has been in a rich vein of form for his current club, Hearts of Oak, back home in Ghana, and he could be snapped up in the January transfer window,” a Soccer Laduma source at the club said.

Mensah joined Hearts of Oak from Ashaiman based colts side Deportivo FC  three seasons ago.

If Mensah leaves, he will join a long list of Ghanaian players who featured in the league last season to have the shores of the country in search of greener pastures.