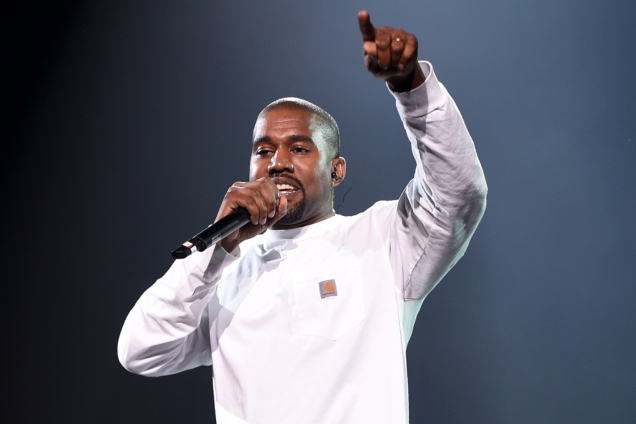 Kanye West premiered his 10th studio album at a sold-out listening party in Atlanta, Georgia, on Thursday, with a surprise feature from Jay-Z.

West hosted a launch party at the Mercedes Benz Arena in Atlanta for Donda – an album named after his late mother.

It is a follow-up to his 2019 gospel album Jesus is King, which won Best Contemporary Christian Music Album at the Grammy’s earlier this year.

He originally teased the album in July last year, but it was never released and earlier this week rumours surfaced that the much-anticipated album would drop after influencer Justin Laboy revealed West played the album to him and basketball player Kevin Durant in Las Vegas.

Collaborations on the album include Pusha T, Lil Baby and Travis Scott but it was Jay-Z’s entrance for the final song that surprised many fans.

This was the first time the pair have worked together since they appeared on Drake’s Pop Style in 2016 and before that in 2011 on Watch The Throne.

Jay-Z’s verse on the final song included a reference to a “red cap” – a note to West wearing a Donald Trump MAGA hat, as well as teasing more work with West.

“I told him to stop all that red cap, we going home,” Jay-Z rapped.

Producer and DJ Young Guru, who has worked with both West and Jay-Z on Watch The Throne, claimed on Twitter that Jay-Z recorded his verse at 4 pm on Thursday, just hours before the launch.

As the album played, West performed at the centre of the stadium without a microphone, and the album included samples of his mother’s voice featuring throughout.

West’s mother, a professor of English, died in 2007 aged 58 after complications from cosmetic surgery.

The fifth song, which was introduced with a spoken word excerpt from Gwendolyn Brooks, featured Travis Scott and Baby Keem.

In the sixth song he sang about “losing my family” and the seventh song included a feature from Lil Baby.

Other features include Lil Durk despite previously saying he “missed the jet”, and an appearance from the late Pop Smoke, who was murdered during a home invasion last year.

Despite hosting the listening party, the album is yet to appear on streaming platforms such as Spotify and Apple Music.

At the live event, which was streamed on Apple Music, Kim Kardashian West, who filed for divorce in February, attended with the couple’s children.

DISCLAIMER: The Views, Comments, Opinions, Contributions and Statements made by Readers and Contributors on this platform do not necessarily represent the views or policy of Multimedia Group Limited.
Tags:
Atlanta
Jay-Z
Kanye West