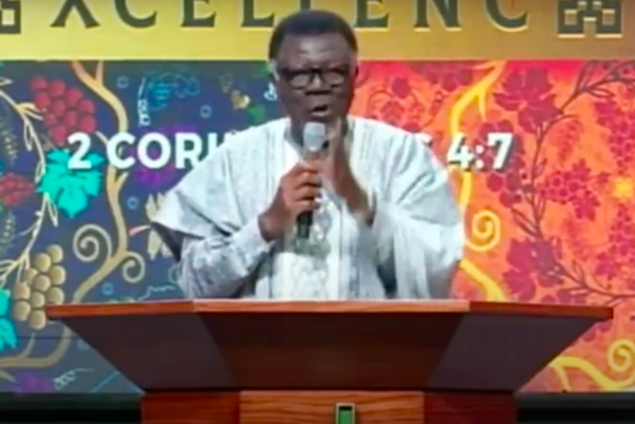 The General Overseer of the International Central Gospel Church (ICGC) has advised his congregants to focus on keeping God at the centre of their prayers during the church’s ’40 Days of Power’.

Delivering one of his online services, Mensa Otabil explained that the same energy that is used to pray against the devil should be transferred to prayer during the 40 Days of fasting and prayer.

“This is how God wants us to pray: we bless him, we boast in him, we magnify him and we exalt his name. God wants to be big  in our prayer life,” he said.

He revealed that if the bible should be studied by his congregation carefully, one will notice that God does not actually pay much attention to the devil and that should also inform people to do same.

“Without any comparisons the bible  is God’s book, it exalts his name, it magnifies him, it shows that the centre of our lives is not the devil, it’s Jehovah almighty God’s.”

He, therefore, encouraged his church members to focus on lifting God’s name and not to focus on the devil and his works against them.

“So as we spend time throughout these 40 days of power and praying remember your focus in the Lord, magnify his name, glorify his name, lift up his name and boast in him.

“It doesn’t mean the other guy is not doing something or is not around, it’s just don’t give him the centre stage,” he said.