KMA to get Presiding Member as two contenders step down 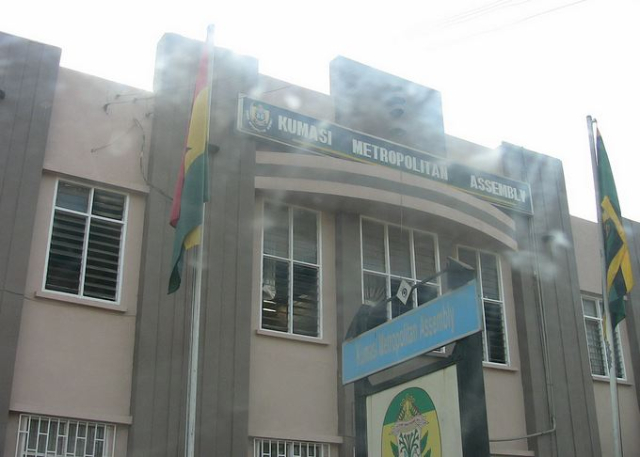 The way is clear now for the Kumasi Metropolitan Assembly to end the Presiding Member election stalemate as two rival contenders step down.

Abraham Boadi and Michael Adusei, assembly members for Ridge-Nhyiaeso and Dadiesoaba respectively who were deadlocked in the last round of voting have pulled out after meetings with the Kumasi Traditional Council (KTC).

Mr. Boadi confirmed to Nhyira FM he and his other opponent have agreed to withdraw from the race.

The Kumasi Metropolitan Assembly may have a new Presiding  Member after  a record  nine meetings failed to produce one.

Nhyira News sources say, the Amakomhene has been proposed as a compromise candidate to take over from the two embattled assembly members  who failed to get  two-thirds majority of the assembly for the hotly contested seat.

The assembly has been without a substantive Chief Executive for months, after the resignation of Kojo Bonsu, following disagreement with traditional authorities.

Election of the second most powerful person, the Presiding Member, had remained a mirage even before the exit of the mayor.

The last two of six attempts to elect one ended up in verbal and physical exchanges.

Subsequently, they stepped down to pave way for fresh nominees, Abraham Boadi, also known as Opooman, and Michael Adusei, who also failed to break the tie..

Alarmed by the stalemate, the Kumasi Traditional Council invited the two for discussions at which the chiefs impressed on them to take a cue from the two earlier contenders.

Mr. Abraham Boadi tells Nhyira FM he has no capacity to question the decision of Nananom who recognize the important role he has played.

“Who am I to reject the advice and offers from the Kumasi Traditional Council? I am a servant. I am in to serve Kumasi, and all things that we are doing, we are doing for the Kumasi Traditional Council. And if they are saying, okay, Opooman [Abraham Boadi], you’ve done a lot; rest your case and lets bring a new person so that Kumasi’s development  will move forward,   who am I to reject that, so I accept it”, he confirmed.

According to Mr. Boadi, the council met the two contenders separately before meeting them together for them to agree to announce withdrawal from the race.