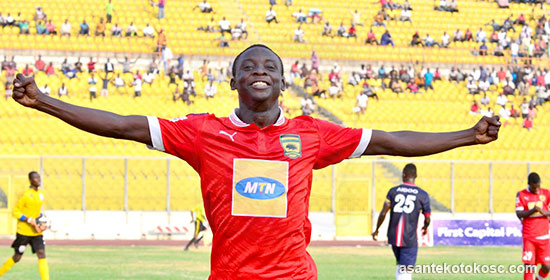 Asante Kotoko striker Dauda Mohammed is expected to miss the start of the league after picking up an injury in his team’s preseason friendly against Bechem United.

The 19-year-old who took the league by storm with some impressive performances last season sustained an ankle sprain during the preseason game.

Dauda has been ruled out for at least 21 days.'

The injury will definitely miss his side’s preseason friendly against Nigerian Club Ifeanyi Ubah on Wednesday.

“This is an update on the injury situation of Dauda Mohammed and Adzeko Mandela after the friendly match against Bechem United.’

Dauda was the second top scorer for the Club last season with 8 goals with only Ivorian Ahmed Toure scoring more than him.