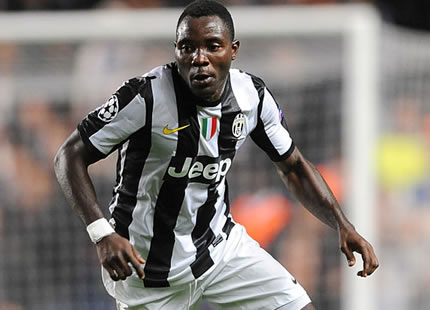 Black Stars and Juventus midfielder, Kwadwo Asamoah could be back in action within three weeks after his medical team gave him the green light to step up his preparedness towards the new season.

A brief statement on the Juventus website read “medical examinations held today in Barcelona concluded that the midfielder will be able to train again with team-mates in approximately three weeks.”

This is good news not only for the Serie A champions but for the country as well as many would be looking forward to see the 26 year old feature again after a long absence due to injury.

Asamoah was missing in action for a lot of games last season and the Biaconeri’s pre-season tour after he underwent surgery for a recurring injury on his knee.

The defending champions will begin the new Serie A season in a big game against Udinese next Sunday.