Kwadwo Asamoah explains why he dropped Black Stars No. 10 - MyJoyOnline.com

Kwadwo Asamoah explains why he dropped Black Stars No. 10 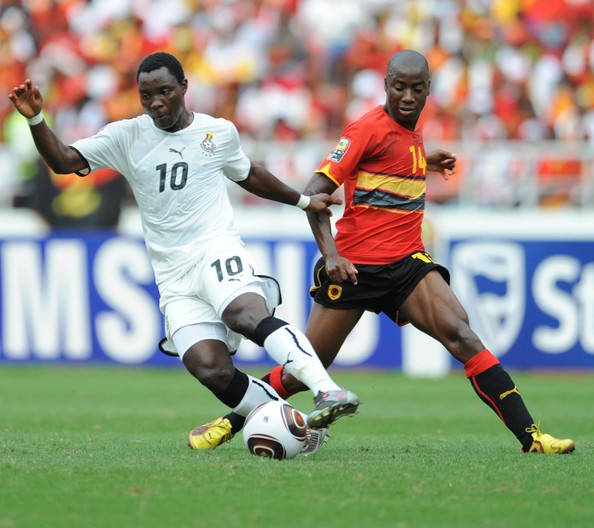 The 29-year-old surprisingly requested not wear the iconic jersey number again few weeks to the start of 2012 Africa Cup of Nations tournament and reverted to his favourite number 20.

Asamoah first wore the number 10 jersey at the 2008 Africa Cup of Nations on home soil in the absence of then captain Stephen Appiah and it became his preferred number after Appiah announced his retirement from international football in 2010.

''I told them I didn't want the number 10 shirt because at that moment I wasn't the one who chose it,'' Asamoah told Joy Sports.

''I had my favourite numbers already. I had number 20. I used that number because when I started my career in Europe, that was the number I used and that was the same number that made me who I am today.''

''When I went to Udinese, I chose number[20] and I started playing and people got to know me.''

''I fell in love with that jersey number so when I came to the national team, I opted for it.''

According to Asamoah, it was former Ghana captain Stephen Appiah who made him wear number 10 jersey for the first time in 2008.

''I remember when we were playing the 2008 Africa Cup of Nations here in Ghana, Appiah told them to give me the number.''

''So the team manager, Mr Alex Asante came with the jersey and told me Appiah says you should wear this[number 10 jersey].

I couldn't say no because it was from the captain himself.''

He went further to debunk rumours that his decision was as a result of bad dreams.

''I have been hearing this [dreaming of lions when you sleep] for a very long time and I don't know the kind of person who brought up this story,

I never had any conversation with anyone that I am having dreams of someone chasing me and I don't know where that story came from.''

''But honestly, I never had any dream like that.''

''I just told them I don't want the jersey anymore. I want to change and take back my number.20 so it wasn't because someone was chasing me.''

Asamoah has been capped 69 times by Black Stars but last featured for the national team in 2014. He is, however, due to make a comeback in September against Kenya in 2019 Africa Cup of Nations qualifiers.