The Kwashieman Branch of The Lord’s Pentecostal Church International had a colourful ceremony over the weekend to mark a 50-year journey of unbridled service to God and community.

Established some 50 years ago, specifically in 1969, the Abundant Life Centre, Kwashieman Branch of TPCI, was the first branch to be established in Accra.

It was, therefore little wonder that the golden jubilee celebration drew congregants from all over the world to Kwashieman where they showed gratitude to the Lord for how far he has brought them. 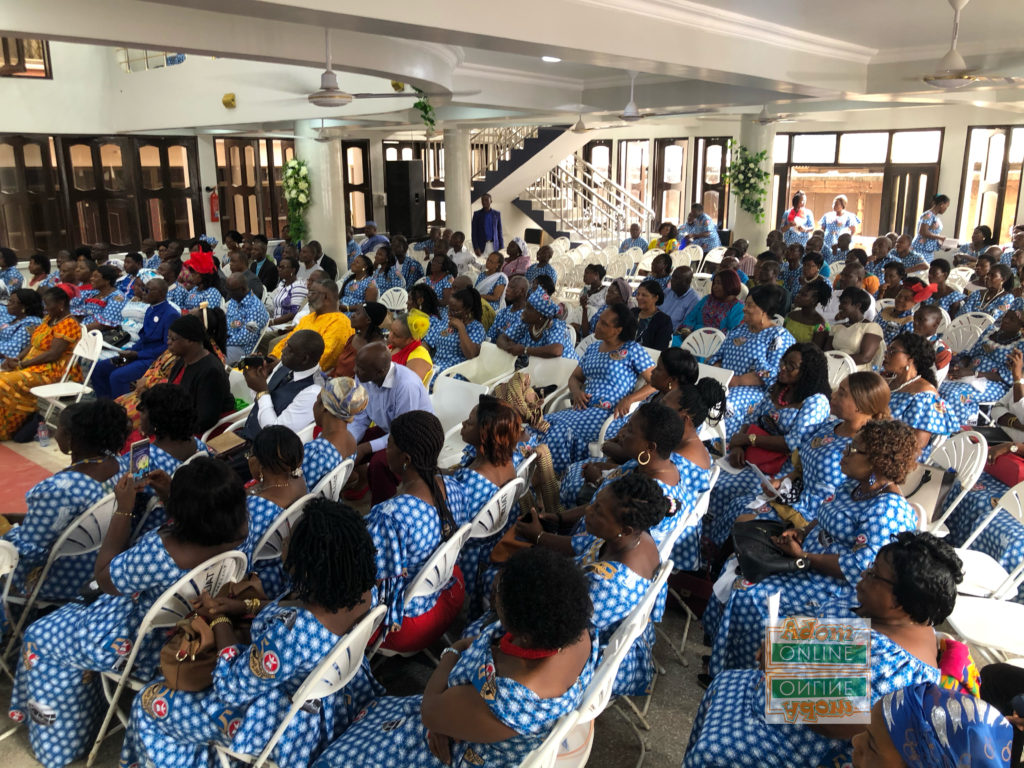 The Apostle in charge of the branch, Richard Buafor who is also the General Overseer of TLPI, addressing the congregants who were mostly clad in their anniversary attires, recounted the struggles and challenges the branch had to go through to become a household name in the community. 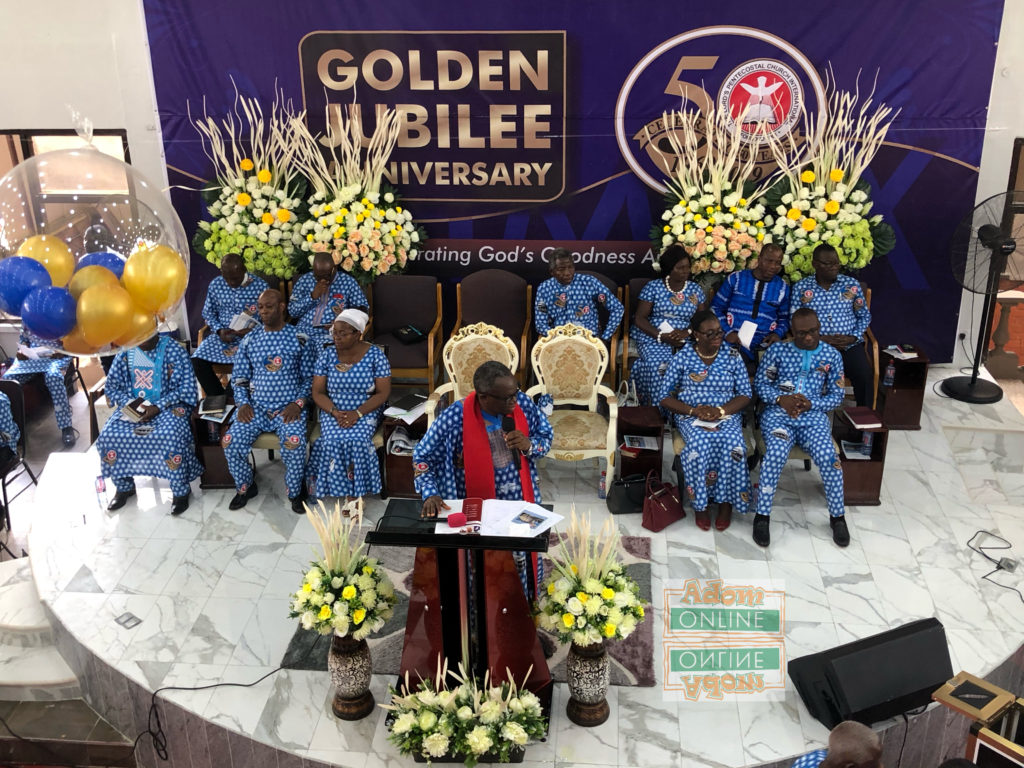 The Kwashieman Branch of TLCI was opened some fifty years ago and through it, more than 50 other branches have been opened in other suburbs of Accra.

“This church has become the mother of many branches since we started; we now have over 50 branches in Accra and it all barely started with four people before growing to 20 and above,” Apostle Buafor went down memory lane.

To anchor the 50-year milestone, the church has cut sod for the building of a Jubilee Complex as well as a chapel extension as dedication by the church members. 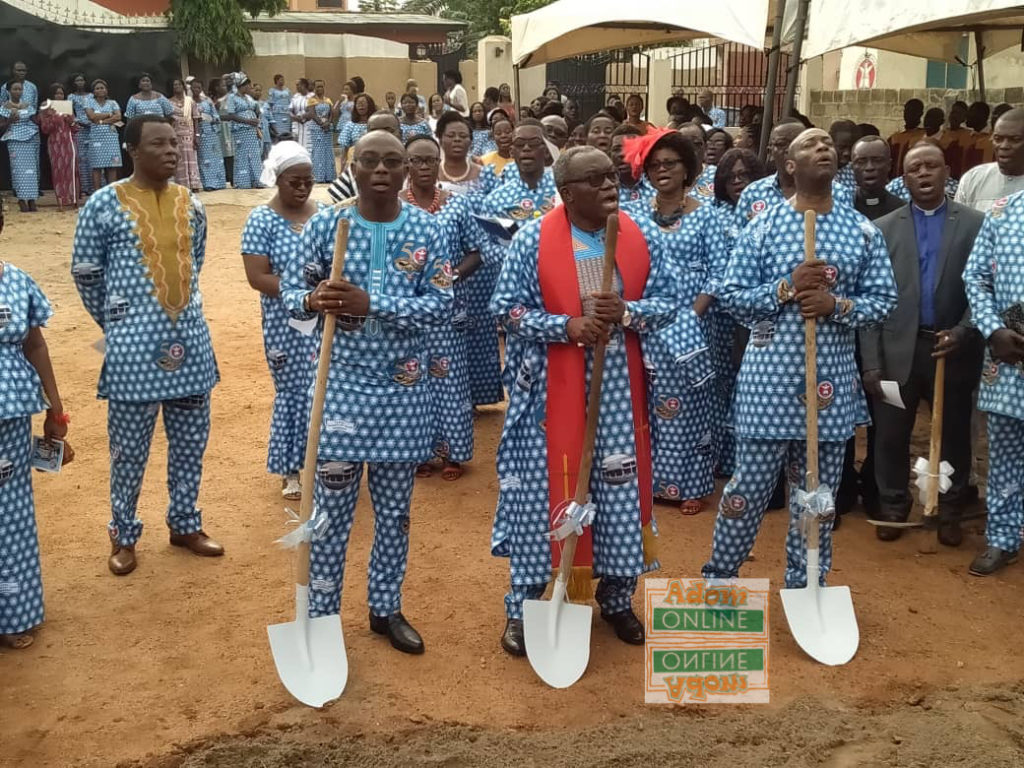 In an exclusive interview with adomonline.com, Apostle Richard gave details of the project including cost and the expected time of completion.

“The project will cost between 2 to 3 million Ghana Cedis and we are giving ourselves three years to complete the projects,” he said.

He also spoke about the progress made in church planting, noting “we now have over 156 branches. We have have branches in the UK, Togo, Ghana, SA, Monrovia, Liberia and the USA”. 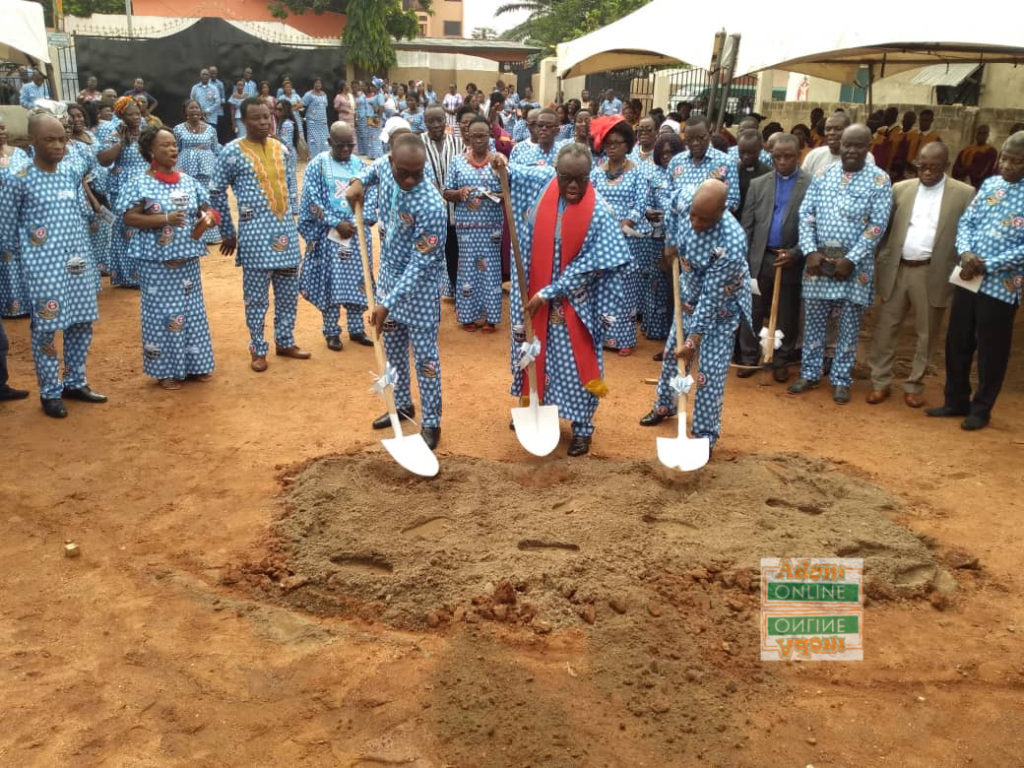 In addition to ensuring the spiritual growth of members the TLPCI also takes service to community seriously, as a result the church has plans to do an extension of its school where children of the community have been receiving training for the past 17 years.

“When we first came here, many of the inhabitants weren’t sure of what we were doing. Now, we are a household name in the community. We have been accepted because of our services [to the community],” Apostle Buofor explained.

Officials of the church including Senior and Junior Pastors, and other deserving members of the church were honoured with medals for proving their allegiances to the church for five decades. 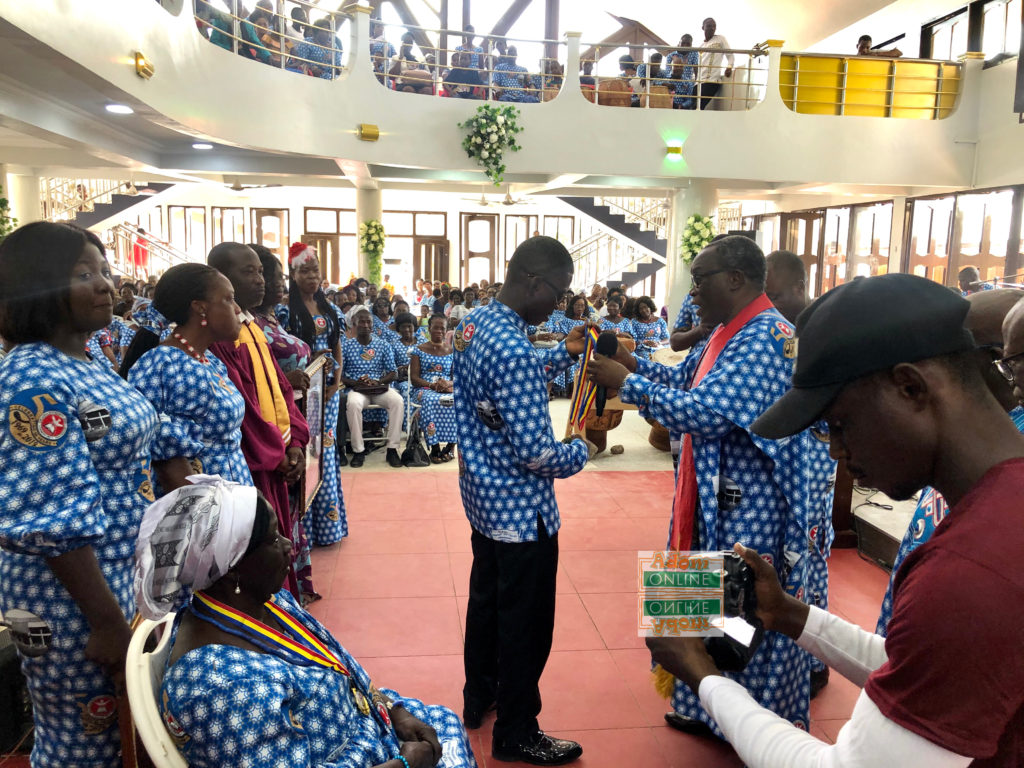 It was all nostalgia when some elders of the church took turns to give accounts of the early beginnings of the church as well the difficulties they have had to endure to be where they are currently. 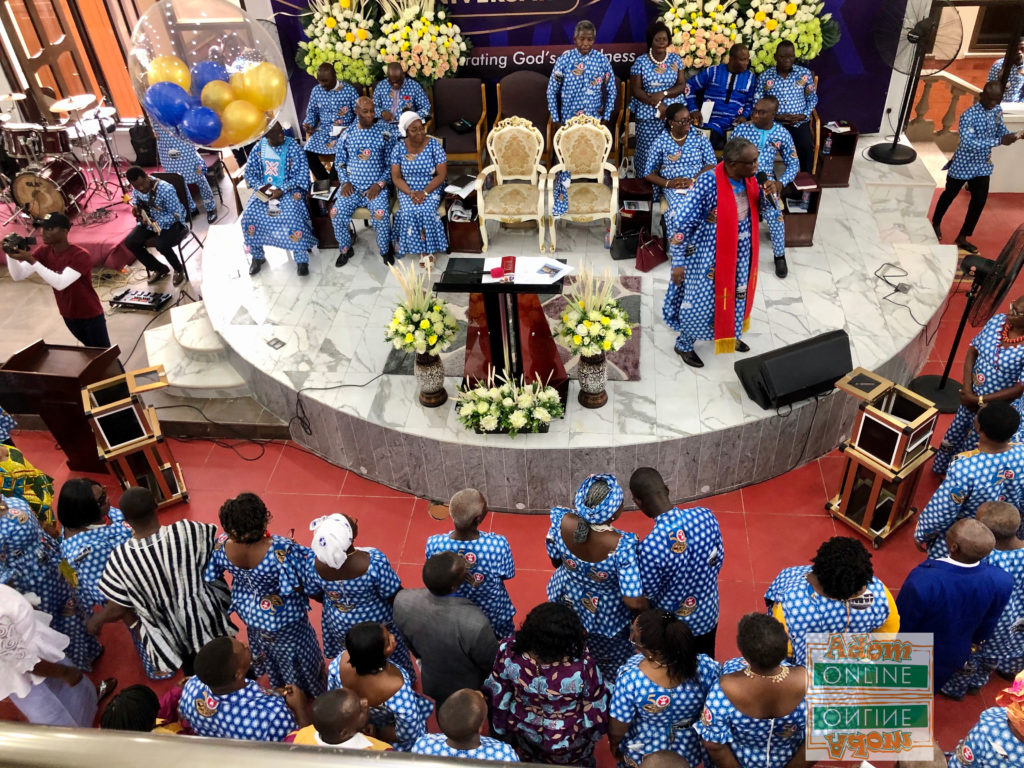 There was enough music for members to dance to as the Lighthouse Church of God Apostolic Choir from UK led by Bishop C. O. Patterson, the Victory Borborbor Troupe, among other music groups laced the celebrations with irresistible performances. 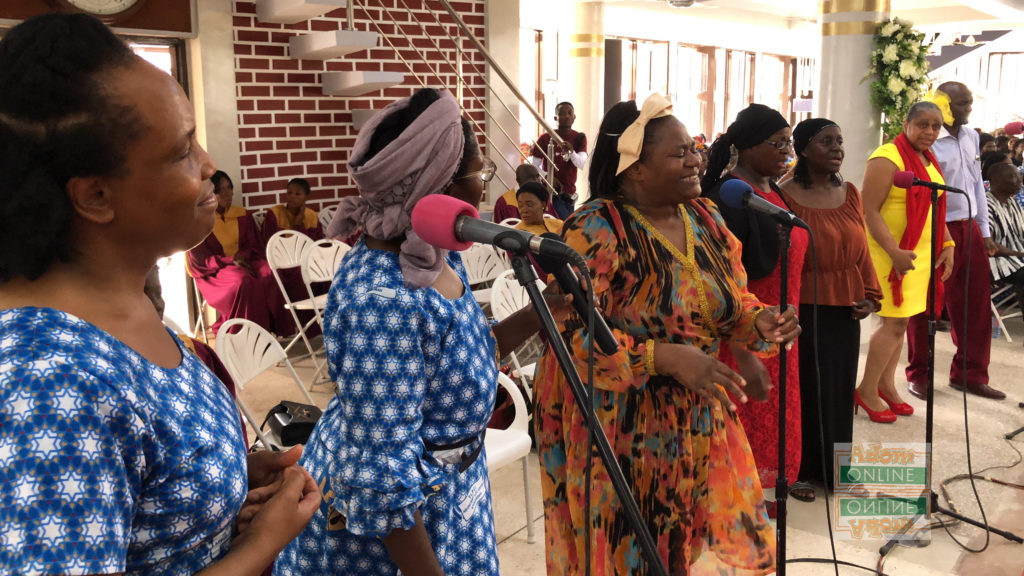 The celebration was climaxed with a cake-cutting event to mark the fifty-year journey. 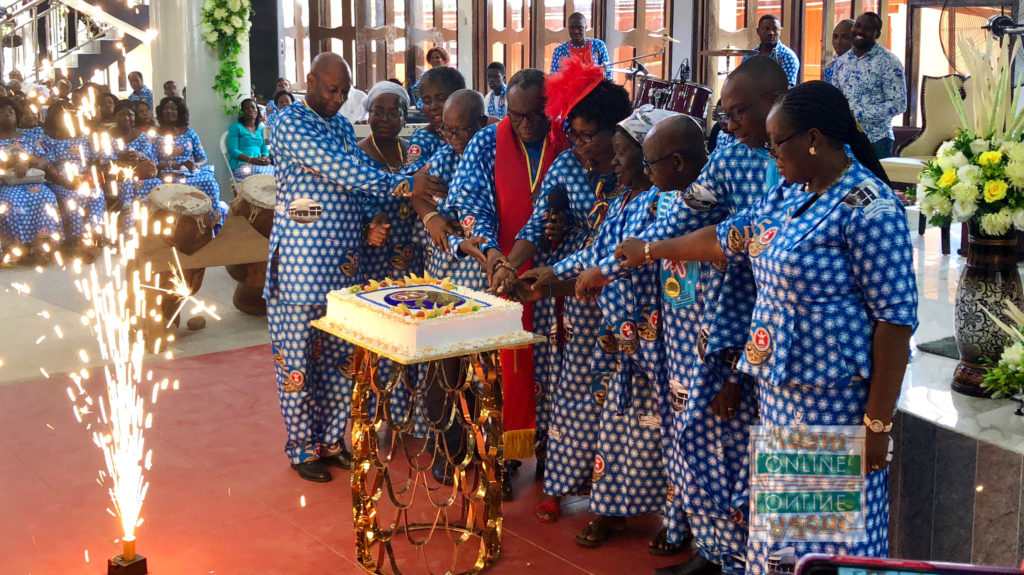 Below are more photos of the anniversary: 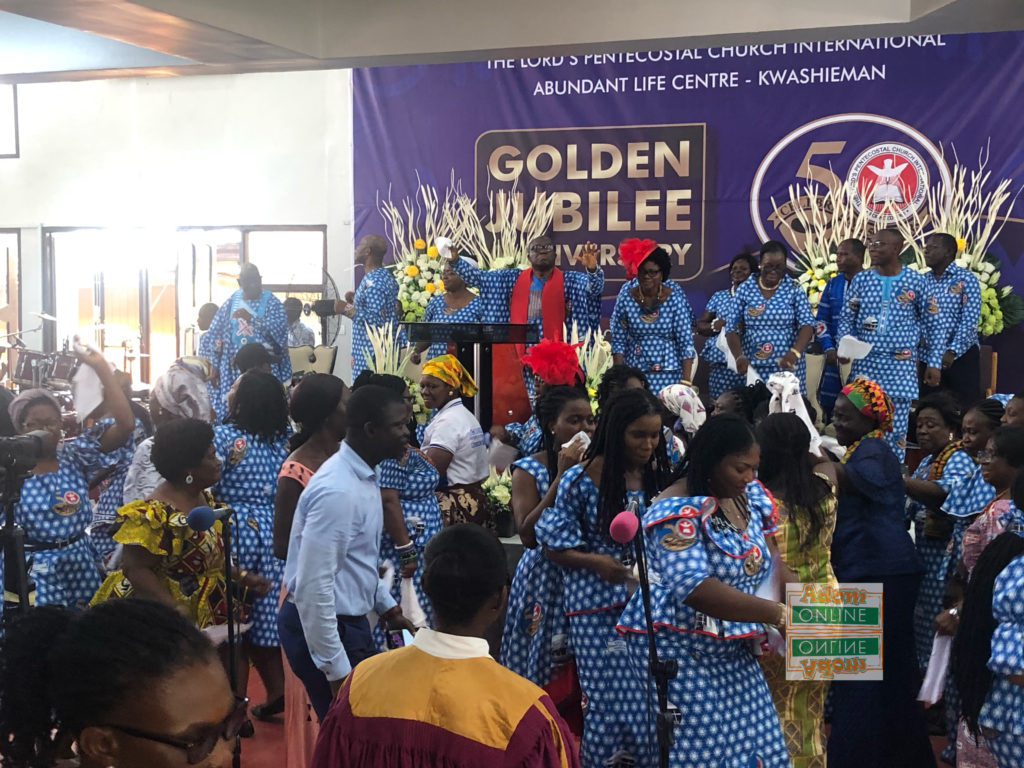 Church members show off dance skills during a ‘praises’ session 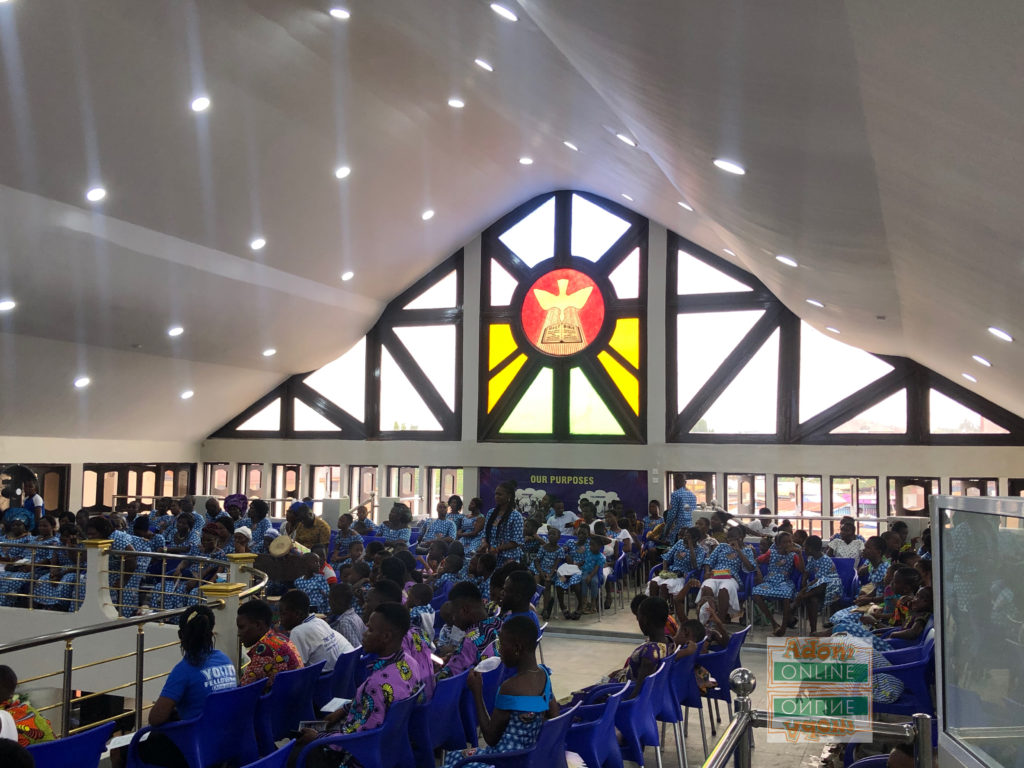 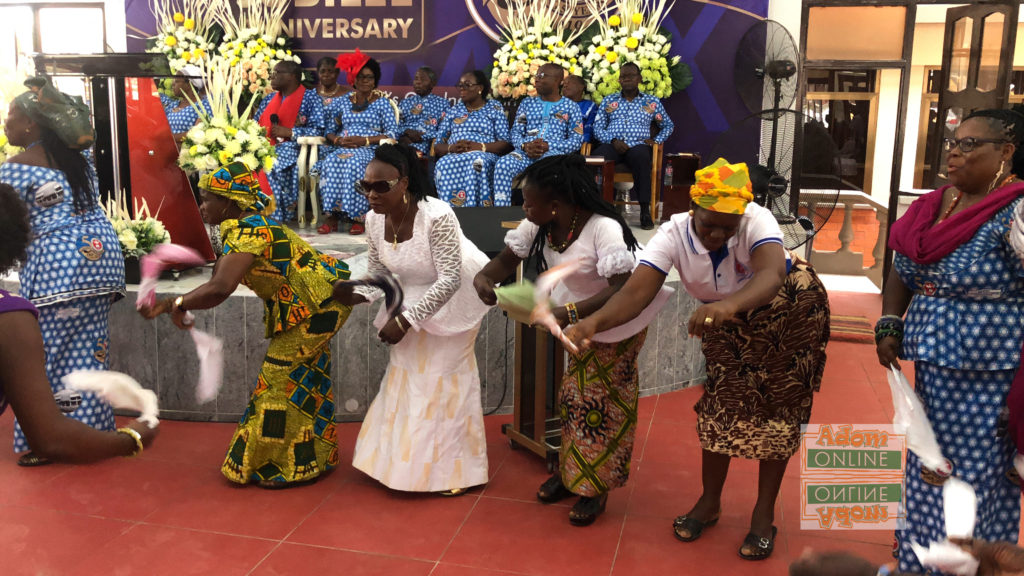 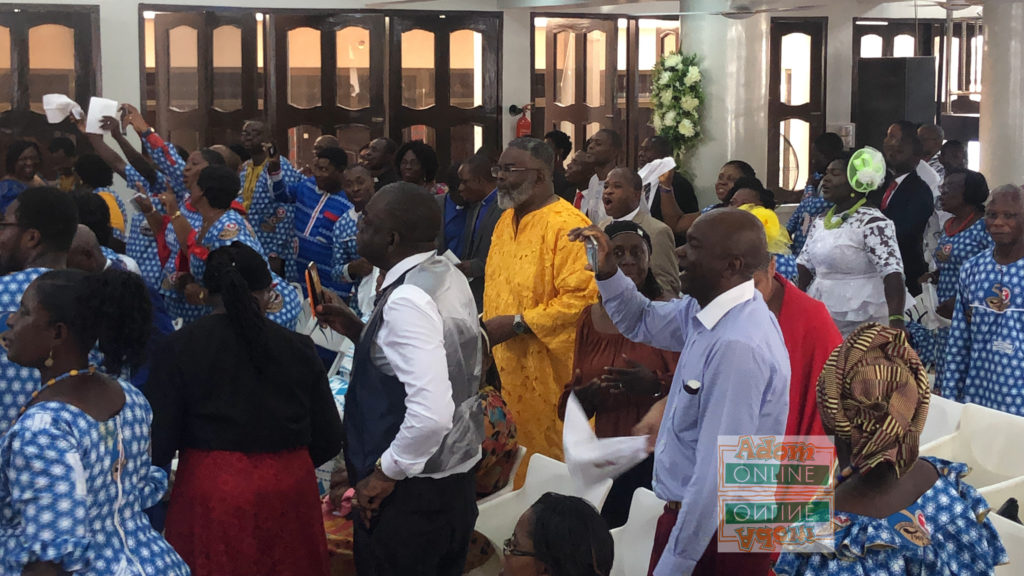 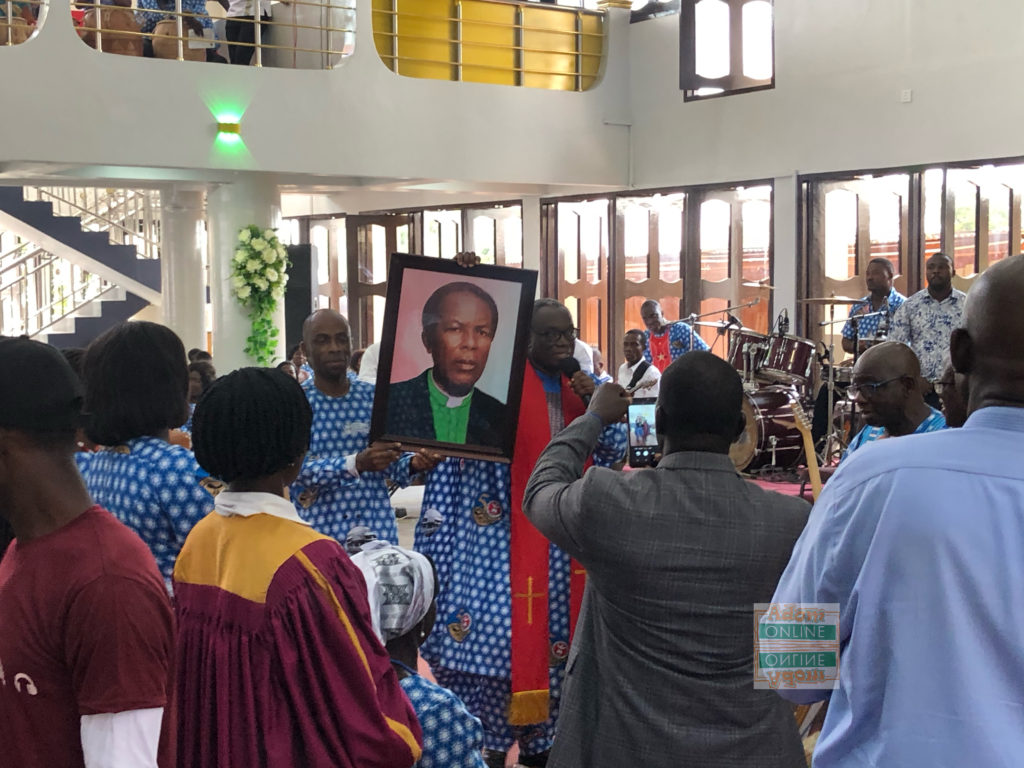