Kweku Baako: EOCO must focus its probe on Woyome 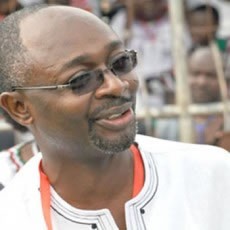 According to Kweku Baako, this is because Alfred Woyome engaged in a fraudulent misrepresentation to cause the Attorney General’s Department to order for him payments of the said amount of money.

Kweku Baako who said he has reservations about the EOCO, said the investigative body should in a matter of weeks be looking in this direction if it is indeed a fair and professional body.

EOCO has been investigating the controversial judgment debt paid to Alfred Woyome and other such debt payments since the Mills Administration took office.

Though Mr Woyome and some members in government have consistently maintained that the NDC guru was entitled to the sum paid him, Attorney General Martin Amidu, in a recent writ filed in court challenged the legal grounds for the claims.

The AG averred that the NDC financier had no legitimate contract based on which he sued for reparation.

During a discussion on Peace FM’s morning show, Kokrokoo Wednesday, Kweku Baako stated that after reading the A-G’s writ on the matter, he was convinced Mr Woyome ought to be investigated.

He could not fathom how Mr. Woyome managed to secure the said monies and exclaimed: “It’s so sad how one man was able to manipulate a whole system and make everybody fall in line. For me it’s amazing.”

The Woyome scandal, he remarked, is “a crude, cheap, dirty deal (that) ought not to have taken place”.

Malik Baako urged all well-meaning Ghanaians to support the call for a probe of Alfred Woyome.