Jamie Vardy's double edged Leicester ever closer to the the Premier League title — and a guaranteed place in the Champions League — as Sunderland's survival hopes suffered a major blow.

Vardy's 66th-minute and stoppage-time strikes — his 20th and 21st of the season and his first in seven games for his club — secured three hard-fought points in a 2-0 win at the Stadium of Light on a day when the home side grudgingly surrendered a four-game unbeaten run in front of a crowd of 46,531.

It might have been very different had Foxes keeper Kasper Schmeichel not managed to react in the nick of time to keep out Fabio Borini's deflected shot as the first half drew to a close.

But Claudio Ranieri's men will head into next Sunday's home clash with West Ham knowing their fate remains firmly in their own hands, as they are seven points clear with five games left. 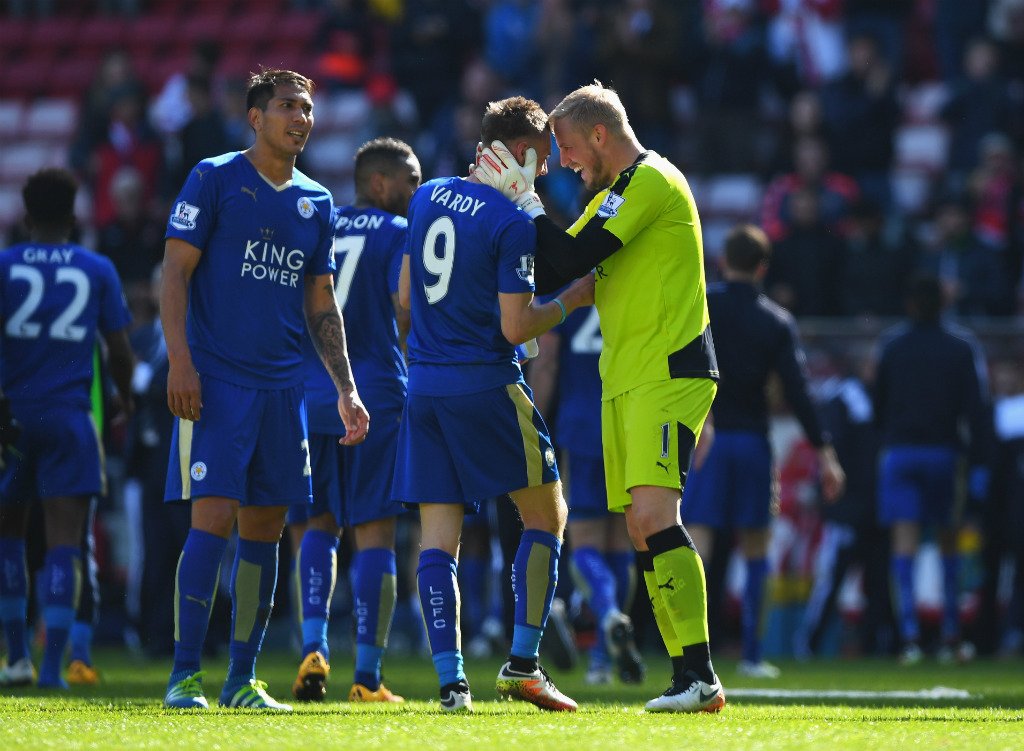 Tottenham kept up the pressure as Dele Alli, Toby Alderweireld and Erik Lamela struck within a six minute spell to down Manchester United 3-0 at White Hart Lane.

After the game kicked off 30 mins late due to United's team bus getting stuck in traffic, Tottenham had the best of the first half as Lamela missed a glorious chance to open the scoring when he broke the offside trap but headed his effort wide of the post.

Kyle Walker then burst into the box but could not make the most of his chance and the cross was smothered.

In the second half, Hugo Lloris had to block from Anthony Martial and Spurs went ahead in the 70th minute as he finished off a flowing move with a close range finish from Christian Eriksen's pass.

Alderweireld then rose high to head home from Lamela's cross, before the Argentine arrived on the edge of the box to slot home a low cross and put the game to bed. 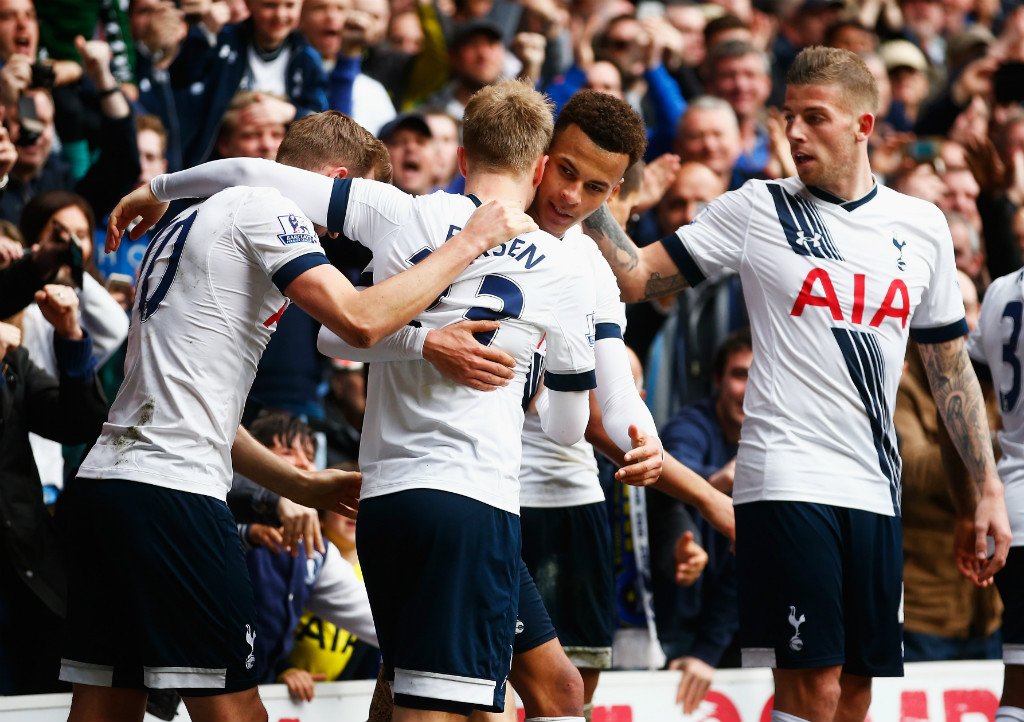 Goals from Alberto Moreno, Daniel Sturridge and a brace from second-half substitute Divock Origi helped Liverpool jump Stoke in the Premier League table after a 4-1 win at Anfield on Sunday.

Moreno opened the scoring on eight minutes with a fine left-footed shot from a James Milner pass. Sturridge, who did not start in Dortmund on Thursday, then answered Bojan Krkic's 22nd-minute equaliser in the 32nd, nodding home Sheyi Ojo's corner kick from close range.

Origi then came on for Ojo after the break and almost immediately got on the scoresheet. From another corner, the Belgium international headed in Milner's cross in the 50th minute.

And 15 minutes later, the powerful forward collected his second when he fired a wonderful, long-range curling shot into the far corner from a difficult angle. 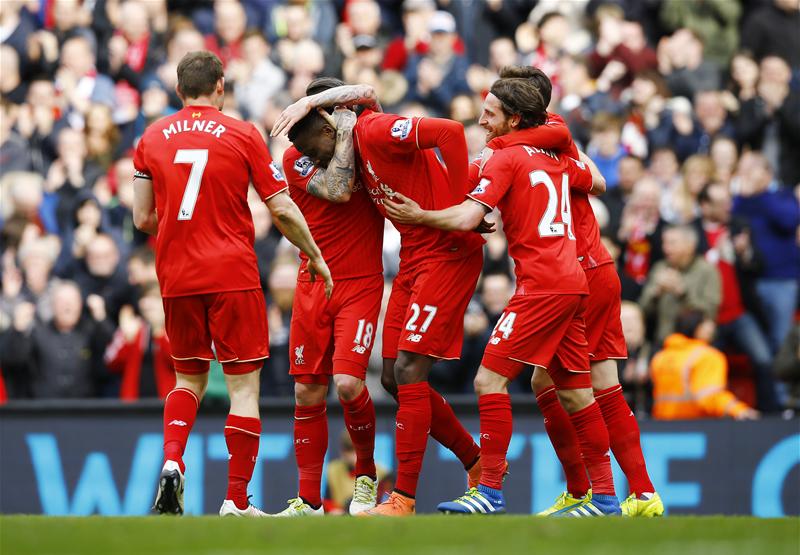