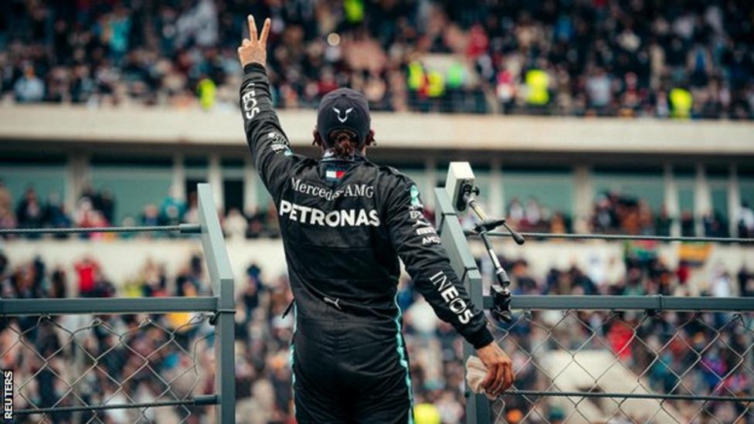 Lewis Hamilton smashed through Michael Schumacher’s all-time Formula 1 win record with a performance that encapsulated the status he has earned himself over the past 14 years.

Hamilton crossed the line at the end of the Portuguese Grand Prix more than 25 seconds clear of Mercedes team-mate Valtteri Bottas, the only man with the same awesome equipment the Briton enjoys, and still going away.

Hamilton had spent the previous hour and a half demonstrating exactly why he now finds himself in a position to move F1’s most impressive records into a realm never previously thought possible.

And after he did so, his rivals paid generous tribute to a man they know full well has earned every bit of his success.

“I am happy for him,” said Ferrari’s Sebastian Vettel, a four-time champion and winner of 53 grands prix. “He deserves every victory he had. I am sure he will get 100. I don’t think you can praise him enough.”

And Red Bull’s Max Verstappen, the most successful so far of F1’s new generation: “Everyone knows he is very quick, but what has been a strong point is he is also very consistent and he very rarely makes a mistake. That’s why he got to these numbers so quick. It’s just very impressive.”

Bottas, somewhat befuddled by Hamilton’s superiority on the day, described it simply as “an amazing achievement”. “Hats off,” the Finn said. “Respect.”

DISCLAIMER: The Views, Comments, Opinions, Contributions and Statements made by Readers and Contributors on this platform do not necessarily represent the views or policy of Multimedia Group Limited.
Tags:
Formula 1
Lewis Hamilton