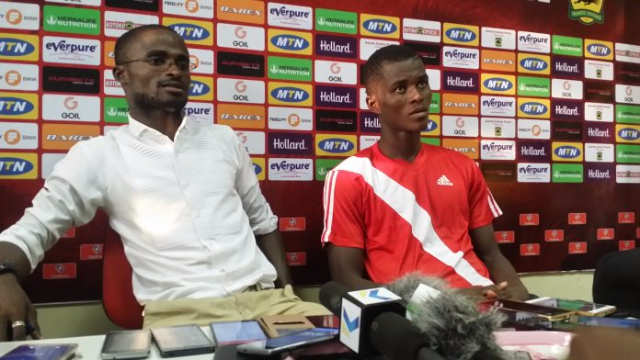 Sarfo ‘Maldini’ was quick to criticise the standard of refereering  after Liberty fell to a 2-1 defeat against Kotoko at the Baba Yara stadium in Kumasi.

The centre-back thought the centre referee erred to award Kotoko a soft penalty in the second half which sparked a comeback.

Kotoko winger Emmanuel Gyamfi went down inside the box with minimal contact but Adaari pointed to spot for a penalty which was converted by Yakubu Mohammed.

''The assistant line 2 was supposed to react first before the penalty was given because he was closer to the incident but the referee gave a cheap penalty to Kotoko,'' Sarfo said in a post-match interview.

''I angrily went to the referee and told him he could have done better.

“This same referee made a similar mistake when we played Inter Allies last season so it was obvious that the referees helped Kotoko win the game.''