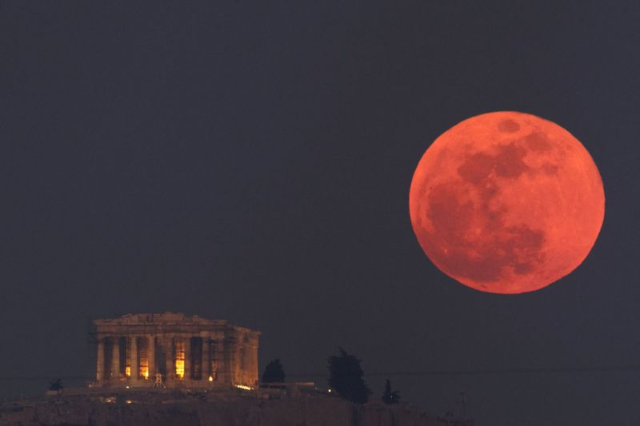 A total lunar eclipse will turn the moon blood red on Friday July 27, but even if the celestial show isn’t visible from your corner of the world, there are still ways to watch the eclipse live.

The entire event will last 3 hours and 55 minutes. The period when the moon is completely engulfed in Earth's shadow — a phenomenon known as totality — will last 1 hour and 43 minutes, making it the longest total lunar eclipse of this century.

“This eclipse is special because just by chance it happens that the moon will cross the shadow of the Earth almost along its diameter, which makes the eclipse a few minutes longer than usual,” Francisco Diego, an astronomer at University College London in the U.K., told NBC News.

During totality, which begins at around 3:30 p.m. EDT (19:30 UTC), the moon will be immersed in Earth's shadow and will be “illuminated by red light filtered by the [Earth's] atmosphere,” Diego said. For this eclipse, Diego says skywatchers can expect to see a “bright red-orange moon."

Refer to the picture below for visibility in Ghana

Skywatchers can witness the eclipse in parts of South America, the Middle East, eastern Africa and central Asia. The sky show will not be visible from North America, but there's still a way to catch all the action surrounding the "blood moon" online. NBC News will be hosting a livestream — part of a digital special hosted by Simone Boyce called "Space Is Awesome" — starting at 4 p.m. EDT (20:00 UTC). 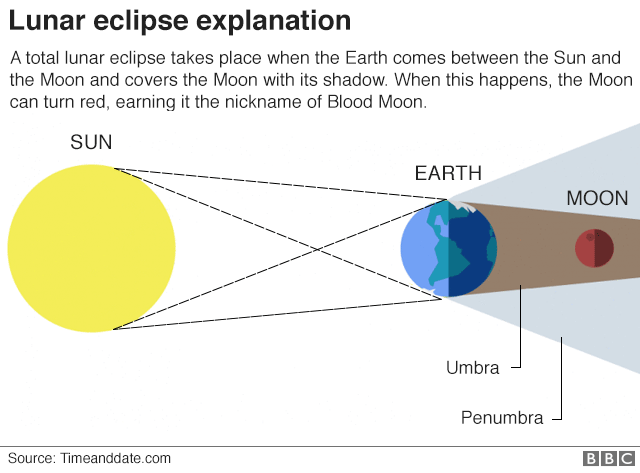 If you happen to be in the Eastern Hemisphere, you’re in luck. According to NASA, the best places to witness the celestial event from start to finish are eastern Africa, the Middle East, India and central Asia. Skywatchers in southern Africa and the Middle East will be able to see totality around midnight local time. Viewers in central Asia will see the moon pass into Earth’s shadow at 10:44 p.m. local time and can expect the eclipse to peak at around midnight.

The sky show will be partially visible as the moon rises just after sunset in parts of Europe, West Africa and South America. In eastern Asia, Australia, and parts of the western Pacific, the eclipse will be visible before sunrise on July 28, as the moon sets.

Lunar eclipses occur up to three times a year, so if you miss Friday's week's sky show, there will be other opportunities in the future. The next total lunar eclipse will happen on Jan. 21, 2019, and will be visible from North America, South America, and parts of Africa, Europe and the central Pacific. The period of totality for this eclipse will last 1 hour and 2 minutes. Skywatchers in South America, Europe, Africa, Asia and Australia will also be able to see a partial lunar eclipse on July 16, 2019.