Lordable Holm out with new single ‘I long for you’ - MyJoyOnline.com

Lordable Holm out with new single ‘I long for you’ 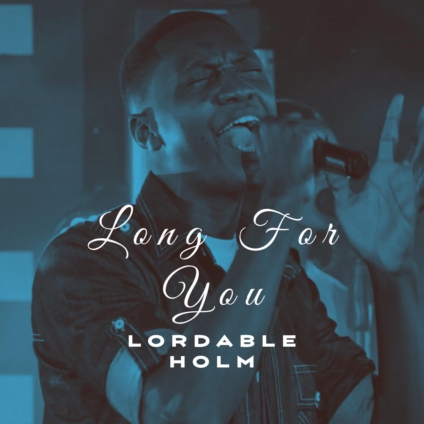 Worship sensation Lordable Holm is out again with yet another soul inspiring gospel single, “I long for you.”

Launched at the Restoration Temple of the ICGC, Osu, the single is a sequel to ‘My Light’ which was released late last year.

In an interview, Lordable Holm said the single was inspired by the famous Psalm 42:1 scripture in which David, despite the travails of life, still looked up to God for his breakthrough.

Just like David, who is described as a man after God’s own heart, Lordable has shown an incredibly spirited passion for the things of God and in the service of Him.

“I long for you” is a testament to that passion crafted in words of worship and total surrender to the Lord.

If David was gifted with the skill of playing the harp that drove away evil spirits, Lordable lifted souls of believers with the quality of his voice expressed in an atmosphere of worship.

On the launch day, Lordable Holm was at his worship best and drew the congregation into a soothing song, pleasing to the ear and searching of the soul.

A man of many music parts, Holm is also an awesome pianist and an even finer guitarist.

A pillar in worship at the Restoration Temple, Osu, Holm has also been instrumental in the music ministries of many gospel greats including Steve Crown, Celestine Donkor, Ike Nanor, Rev Eric Kwarpong, Freda Music etc all of whom he worked under and assisted at some point.

He looks forward to many local and international collaborations in the coming years as he works on a full gospel album.