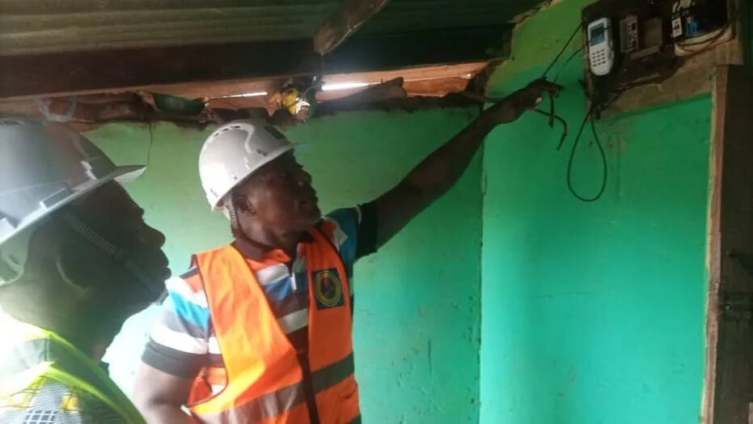 The Electricity Company of Ghana (ECG) has issued a writ of summons to Mr Ebenezer Teye Larbi, the Member of Parliament for Lower Manya Constituency and 15 others for allegedly using power illegally.

Ms Sakyiwaa Mensah, ECG Tema Regional Public Relations Officer, disclosed to the Ghana News Agency that the illegalities were detected during routine checks on the company’s meters at Lorlonyo, Kpong, and Odumase in its Krobo District.

Ms Mensah said that even though the MP was not at home at the time of the visit by a team of engineers from the ECG and the Military, the writ of summons was handed over to his caretaker who was present after the disconnection of the illegal power.

She explained that the MP sometime back reported the missing of two of the four meters on his compound, for which he presented a police report as requested by ECG, adding that the issue was still being handled with some internal processes.

She added that ECG considered this as an illegal connection and has, therefore, disconnected power to the three apartments, and expected them to be off.

Ms. Mensah also revealed that the other residents, who engaged in the illegalities fled their homes when they got wind that ECG was doing monitoring and had already accosted others for engaging in such acts.

The ECG Tema PRO advised customers to comply with the laws and desist from illegal power connections as according to her, the law gave ECG the power to prosecute cases of illegal connections which could lead to a fine or a jail term.

“Nobody is above the law, so we entreat all customers to desist from illegal connections as much as possible, let us all comply to and with the laws of the land, so we are not found wanting,” she added.

DISCLAIMER: The Views, Comments, Opinions, Contributions and Statements made by Readers and Contributors on this platform do not necessarily represent the views or policy of Multimedia Group Limited.
Tags:
ECG
Electricity Company of Ghana