Mahama will be easier to beat in 2020 – Nana Akomea projects 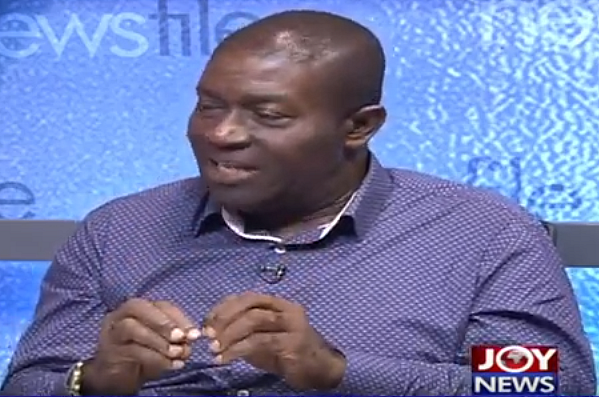 Managing Director of Intercity STC, Nana Akomea, has said that a John Mahama candidature will present the easiest competition in the 2020 elections.

The former Communications Director of the New Patriotic Party (NPP) said compared to others aspiring to lead the opposition National Democratic Congress (NDC) in the next general elections, Mr Mahama seems the weakest force to contend with.

Nana Akomea believes that the performance of former President John Mahama, which he describes as poor, gives Ghanaians the option to compare that with the current Nana Addo Dankwa Akofo-Addo-government’s performance in 2020.

“In the case of John Mahama, if he says he’s going to do something, there is a track record of what he said, what he did or could not do during the term as President while the other candidates come with a clean sheet with no reference to hold them to,” he stated.

Nana Akomea said when the record of a John Mahama’s Presidency is compared with Akufo-Addo’s the outcome will favour the NPP, despite experts’ argument that Mr Mahama performed better at infrastructural development.

“The John Mahama record is not just about infrastructure because it is in the light of this supposed infrastructure that he suffered the heaviest defeat of an incumbent President,” he said on news analysis programme, Newsfile, on Joy FM/MultiTV.

Nana Akomea explained, “any other NDC presidential candidate can come and capitalise on the perceived omissions of the Akufo-Addo government, make all kinds of lofty claims and promises with no record of them to be referenced to.”

John Mahama’s candidature has so far been widely supported by many NDC members of parliament and party officials.

Speaking on Newsfile, Nana Akomea advised the NPP to be careful about doing things that can be misinterpreted that the party is afraid of a John Mahama candidature.

“NPP should be praying quietly for the former President to emerge as the presidential candidate for the NDC,” he stated.

Nana Akomea added “his [John Mahama] record will be juxtaposed to anything he promises the Ghanaian electorate.”

However, former Attorney General, Dominic Ayine, said the NPP is afraid John Mahama will give them [the NPP] a run for their money.

The Bolga East MP admitted the John Mahama presidency did a few things that were wrong but his leadership took decisions that Ghanaians approved off.

“ Currently, Ghanaians are doing a head-to-head comparison and lately when you listen to them many of them say when Mahama was [President]  things were not like this,” he said.

Dr. Anyine said such comments from the Ghanaian electorates were important to the 2020 presidential race.