Manchester City and Liverpool played out an entertaining, high-tempo 1-1 draw at the Etihad Stadium on Sunday, though the result did little for the Premier League title hopes of either side.

A frantic first half saw both teams go close to taking the lead, but Liverpool broke the deadlock from the penalty spot in the 51st minute after Gael Clichy fouled Roberto Firmino and James Milner scored against his former club.

De Bruyne struck the post following a goalmouth scramble on 75 minutes, while Adam Lallana wasted a gilt-edged opportunity from close range as both sides continued to attack.

City stay third but fall two points behind Tottenham, while Liverpool stay fourth, ahead of Manchester United — who have two games in hand — by four points.

Manchester United moved up to fifth in the table with a 3-1 win over struggling Middlesbrough at the Riverside Stadium.

United — without the injured Paul Pogba and Wayne Rooney and the suspended Zlatan Ibrahimovic and Ander Herrera — went in front through Marouane Fellaini's back-post header from an Ashley Young cross on 30 minutes.

Lingard added a second just after the hour, running unopposed through the Middlesbrough half before unleashing a swerving shot into the top corner.

Substitute Rudy Gestede gave the hosts a lifeline when he pounced on a loose ball in the area in the 77th minute, but Antonio Valencia wrapped up the win in stoppage time with a tap-in following an unfortunate slip by Valdes.

Tottenham moved back to within 10 points of Premier League leaders Chelsea as they saw off Southampton 2-1 at White Hart Lane for their 10th home league win a row.

Spurs made the brighter start and led after 13 minutes as Christian Eriksen controlled a Mousa Dembele pass and fired a superb low strike into the corner from the edge of the area. 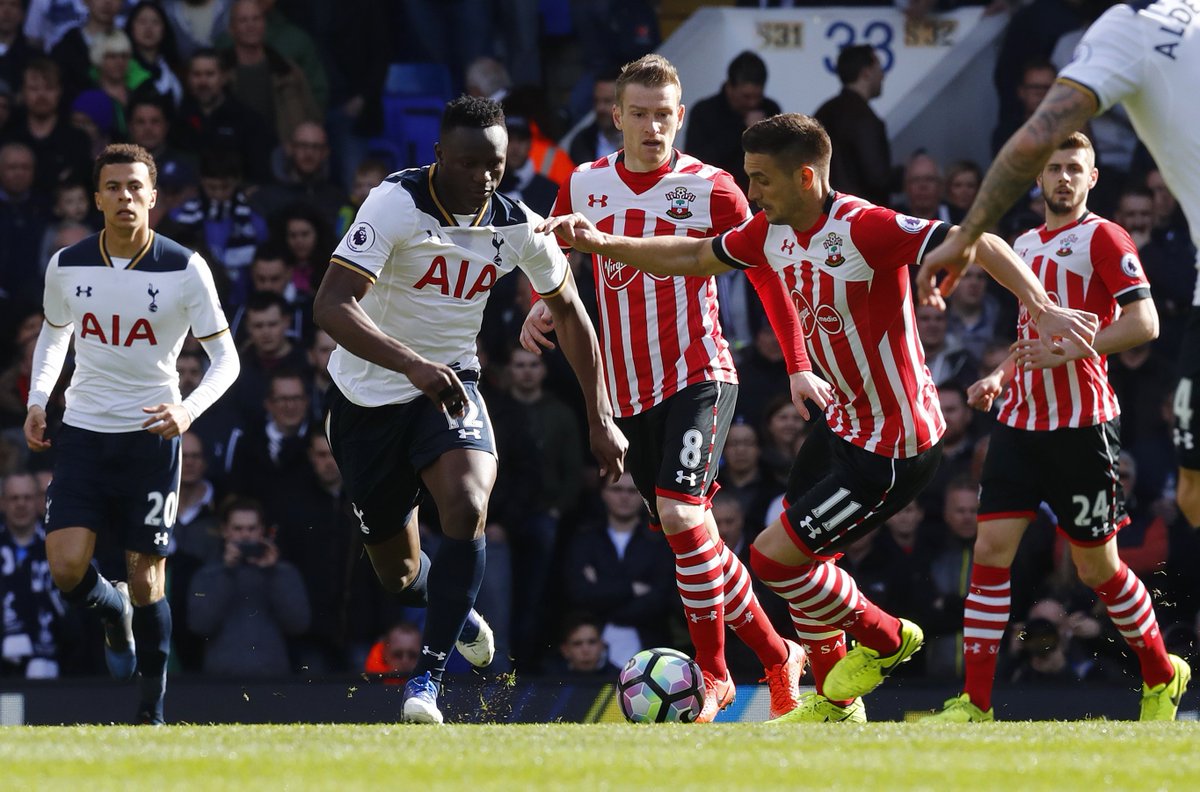 They had a 2-0 lead soon after the half-hour mark as Southampton failed to clear a loose ball and, as it ricocheted around the area, Steven Davis was adjudged to have brought down Dele Alli.

Alli got back to his feet to send Forster the wrong way from the penalty spot and double the advantage after 32 minutes, but the visitors reduced the deficit six minutes after the break when two home defenders failed to cut out a Ryan Bertrand cross and James Ward-Prowse finished neatly.