United boss Jose Mourinho had previously suggested he would prioritise winning the Europa League — which would guarantee Champions League qualification — if they eliminated Rostov in the round of 16.

United's first ever European game came against Anderlecht in 1956, when they won 2-0 in the European Cup preliminary rounds. Their 10-0 victory in the second leg remains United's record win. The two clubs met again in the 1968 European Cup second round, when United progressed 4-3 on aggregate.

Anderlecht are top of the Belgian First Division on goal difference and reached this stage of the Europa League by beating Apoel Nicosia 1-0 home and away in the round-of-16.

Should Mourinho's side win the competition this season, they would become only the fifth club to win all three major European trophies, after Ajax, Bayern Munich, Chelsea and Juventus. 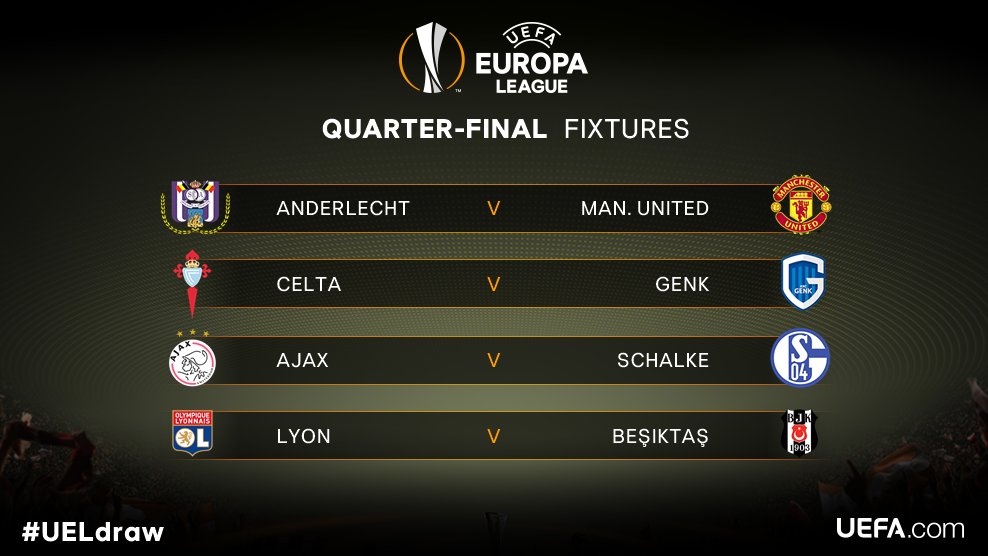