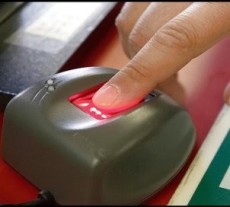 The Electoral Commission says it recorded a massive turn out at the four polling stations in the Ashanti region where the voters’ register exhibition exercise was extended.

The extension was a result of the commission’s delay in providing the registers for ten polling stations in Efigyaa Sekyere East and Bosomtwe constituencies during the 10-day exhibition exercise.

“If you compare the four areas that we actually gave them some three days extension, you will find out that the turn out in those areas is far better than the normal exhibition exercise which the commission gave ten days.”

He said in one of the polling stations in Bosomtwe 647 people came to check their names out of a total number of 846 voters.

In another polling centre, he said only five people did not check their names.

He cannot say the reason for the massive turn-out.