Meghan Markle holding back tears: 'Not many people have asked if I'm OK' - MyJoyOnline.com

Meghan Markle holding back tears: ‘Not many people have asked if I’m OK’ 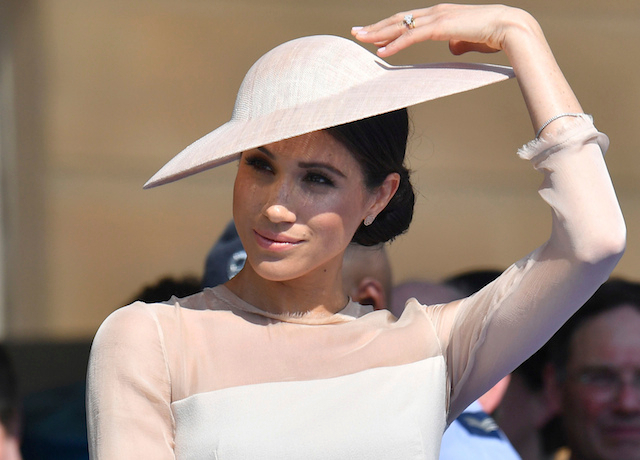 Meghan Markle gave a rare glimpse into her personal life when she admitted that she has struggled to deal with the repercussions of being a new mother in the spotlight.

A snippet of the Duchess of Sussex’s powerful interview with reporter Tom Bradby was released by ITV on Friday. The clip is a part of the British television channel’s documentary, “Harry & Meghan: An African Journey,” which will be released in the UK on Sunday.

In the video, Meghan talks about the issues she’s grappled with as a new wife, mother, and duchess whose life has been judged and dissected by the media and public since she first began dating Prince Harry.

“Any woman, especially when they’re pregnant, you’re really vulnerable, and so that was made really challenging,” Meghan said in the emotional video. “And then when you have a newborn, you know. And especially as a woman, it’s a lot. So, you add this on top of just trying to be a new mom or trying to be a newlywed.”

Holding back tears, Meghan thanks Bradby for asking about the impact the pressure has had on her mental and physical health.

“Thank you for asking. Not many people have asked if I’m OK, but it’s a very real thing to be going through behind the scenes,” she said.

When the reporter asked Meghan if that meant she wasn’t OK, and that it “really” has been a struggle, the former actress simply says ‘Yes.’

Following the release of the touching interview, the hashtag #WeLoveYouMeghan trended on Twitter, with hundreds of thousands expressing sympathy and support for the 38-year-old mother.

The Duchess of Sussex has been a target of intense public scrutiny, especially from the media. Most recently, Prince Harry and Meghan said they were suing British newspaper Mail on Sunday for releasing an edited version of a private letter Meghan sent to her father.

“Unfortunately, my wife has become one of the latest victims of a British tabloid press that wages campaigns against individuals with no thought to the consequences — a ruthless campaign that has escalated over the past year, throughout her pregnancy and while raising our newborn son,” Harry wrote in an online statement.

The documentary, which will offer a behind-the-scenes view of the royal couple’s tour of southern Africa, will exclusively debut on ITV on October 20.