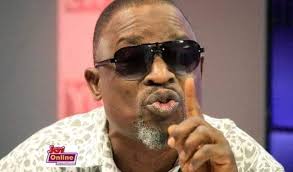 Member of Parliament for Sagnarigu constituency in the Northern Region, Mr Alhassan Bashir Fuseini has stated that MPs require concrete action to ensure some level of protection and not irrelevant assurance.

According to Mr Fuseini, judges, ministerial positions among others are entitled to their own security detail.

He stated that MPs should not be excluded and as such pointed out that “there is no democracy in the judiciary and the executive.

“And the people who fundamentally make the house function have been abandoned to their fate.”

His comments follow a scheduled briefing by the Interior Minister Ambrose Derry on safety measures to be discussed by parliament on Tuesday after the gruesome murder of MP for Mfantseman, Ekow Hayford.

Mr Fuseini said that “they bring the Interior Minister or ministers to come and re-echo assurance. Nobody is interested in this worn-out, tired and irrelevant assurances. We want concrete action.”

He believes that stories are told to MPs when tragedies of such magnitude occur in the country and as a result, the lives of members are at stake.

However, he debunked the idea that “MPs are a group of elites who solely deserve protection” amid the security threats in the country, adding that it is only fair for MPs to ask for protection as other officials of the state are given those same privileges.

“Perhaps if he had some security with him (Ekow Hayford), he may not have lost his life. He is gone, painfully,” he added.