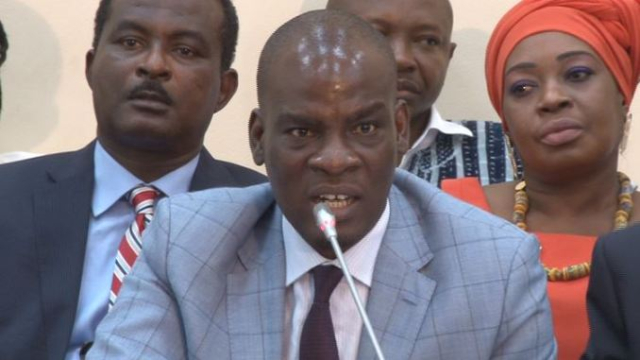 The Minority in Parliament has announced a boycott of the registration exercise at Parliament for national ID cards citing legal, procurement and cost concerns.

In a statement, a Minority leader and Tamale South MP said the National Identification Authority (NIA) has not been honest with the Ghanaian people over the cost of the project with two figures – $1.4billion and $293 million, – according to reports.

The registration exercise is a key government initiative to collect data for economic planning purposes and also to formalise the economy.

Since 1973, Ghana has tried to provide its citizens a functional national ID card. But logistical and financial support have hampered government's ability to provide the cards.

Six months to the end of the John Kufour administration, the NIA began mass registration of Ghanaians for the unique ID card from July 2008 and May 2010.

A total of 11 million people in six regions were registered in the process. Since the issuance of the cards were not instant, collection of the card started later in 2011. But private and government institutions rejected it.

The latest attempt under the Akufo-Addo government has also been postponed several times since the President launched it in September 2017.

The NIA announced last week it was finally ready to roll out a registration program starting with the Presidency.

Presidential staffers at the Jubilee House sucessfully registered and received their cards. Parliament, the Judiciary Service and security agencies are the NIA's next stops as it prepares for a nationwide takeoff.

But the exercise expected to begin Monday will not see Minority MPs participating.

The Minority Caucus in Parliament has taken note of an announcement that the National Identification Authority(NIA),will be carrying out a registration exercise in Parliament tomorrow,Monday,11th June,2018.

We find this development very surprising for a number of reasons.

First, it was our understanding that the National Identification Authority, would engage Members of Parliament in a meeting to clarify a number of issues relating to the roll out of the exercise. This meeting was duly advertised in the Business Statement at least twice only to be postponed again this time indefinitely when the Business Statement was read by the Majority Chief Whip, Hon. Kwasi Ameyaw-Cheremeh last Friday the 8th of June, 2018. We still have no indication when this crucial meeting will be held.

Second, significant questions remain about the cost, scope and  legality of the project as well as registration requirements.

With regards to the cost of the project, the leadership of the NIA, has been less than candid with the people of Ghana. Whereas documents available to us show that the total project cost is $ 1.4 billion  which can be broken down down into $1,221,476,123 actual cost and tax exemption of $ 176 million, the Chief Executive Officer of the NIA, Prof Ken Attafuah, is on record as saying it will cost $ 293 million.

We are also aware that despite the provision of Government support by the Akufo Addo government in respect of revenue projections for the project, this has not been brought to Parliament for approval in accordance with Ghanaian Law.

Furthermore, we remain opposed to the restriction of identification requirements for registration to Passports and Birth Certificates. Our analysis show that this will prevent about 23 million Ghanaians from obtaining the Ghana Card and deprive them of any benefit thereof.

We also have grave concerns about potential breaches of Procurement laws and processes.

In view of the foregoing, we are unbale to participate in the registration exercise slated for tomorrow at Parliament house. Subsequent to this statement, we will hold a comprehensive press conference on Tuesday,12th June,2018 to shed more light on our position and matters arising out of the National Identification project.