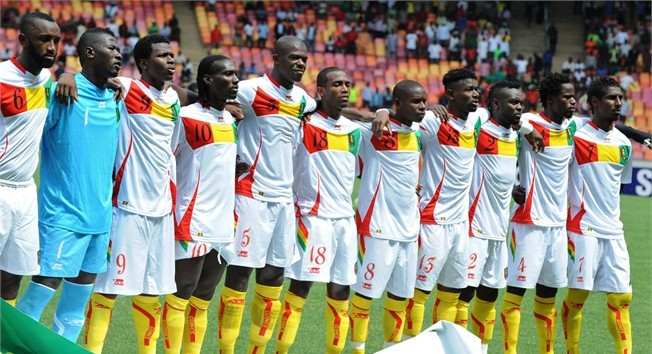 The Syli Nationale of Guinea have named a strong 23-man squad featuring only two locals for the back-to-back 2015 Africa Cup of Nations qualifying encounters against the Black Stars of Ghana on 10th and 15th of October 2014.

Coach Michelle Dussuyer has called up Belgium-based trio of Ibrahima Conte, Lanfia Camara and Idrissa Sylla who are expected to assemble together with the other squad members on 4th October before the first leg clash with Ghana in   Casablanca on Saturday, October 11.

Ghana have adopted Morocco as home venue after CAF barred the West African country from hosting international matches in Conakry due to the threat of the Ebola disease in the Country. Guinea will then travel to Ghana to face the Black Stars at the Tamale Stadium on October 15.