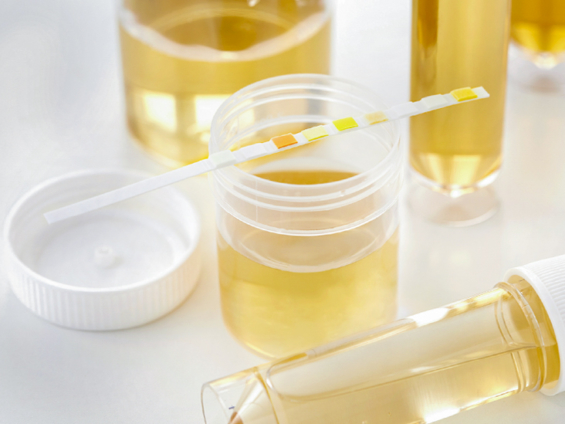 Glysophate, a chemical frequently found in weedkillers, has been discovered in urine.

The Center for Disease Control and Prevention (CDC) reported that glyphosate is present in the urine of 80% of Americans.

1,885 of the 2,310 urine samples collected from Americans who were selected to be representative of the US population had residues of glyphosate that could be detected. The widely used Roundup brand of herbicides contains this as their primary active component. According to the study, children aged six to 18 made up approximately a third of the participants.

A vital component of the pesticide Roundup is glyphosate. Some experts say, since the introduction of genetically modified “Roundup Ready” glyphosate-tolerant crops in 1994, the use of this pesticide has surged by about 15 times.

This study is conducted at a time when debate and worries about the effects of pesticides on human and environmental health are growing.

Glyphosate was classified as a possible human carcinogen by the International Agency for Research on Cancer (Circ) in March 2015, and because of its equally devastating effects on the environment, it has been banned in some countries. This is due to the fact that the substance leaches from the farms and enters the environment, particularly water, where it kills aquatic plants.

With respect to an estimated 95,000 cases in which plaintiffs claimed they had been exposed to glyphosate and developed illnesses, the German pharmaceutical company Bayer was compelled to pay $10.9 billion in court judgments in 2020.

According to the U.S. Court of Appeals for the Ninth Circuit, which sided with the nonprofit organization Center for Food Safety in June of this year, the Environmental Protection Agency (EPA) must conduct an investigation to determine whether the chemical is dangerous. A brief search on the EPA website, the substance is not carcinogenic.

According to a study from the University of California San Diego School of Medicine released in 2017, human exposure to glyphosate has increased by almost 500 percent since the introduction of genetically modified crops.

Paul J. Mills, PhD, professor of family medicine and public health at the UC San Diego School of Medicine and director of the Center of Excellence for Research and Training in Integrative Health, said, “The data compare excretion levels of glyphosate and its metabolite aminomethylphosphonic acid in the human body over a 23-year time span, starting in 1993, just before the introduction of genetically modified crops into the United States.”

The authors cited other studies in which animals were repeatedly given ultra-low doses of glyphosate, which led to liver disorders resembling nonalcoholic fatty liver disease in humans, adding that there are few human studies on the effects of glyphosate, but animal studies show that chronic exposure to glyphosate-based herbicides can have negative effects.

In Ghana, glyphosate is used on many crops. The possibility of residue issues in these crops is rumored. This required some research.

2019 saw the publication of Abukari Wumbei et al study’s on glyphosate in yam from Ghana published on the National Library of Medicine website.

In 14 of the 68 samples from a field experiment and from markets that were examined, glyphosate was found. The yam was found to have very low levels of glyphosate residues, which may not be harmful to human health.

According to data currently available, Africa only contributes for less than 5% of the worldwide pesticide market and 2% to 4% of pesticide usage. The agrochemicals given to African nations by philanthro-capitalist organizations driving the green revolution are not included in the figure.

Despite the decreased use of agrochemicals, farmers in Africa frequently employ dangerous chemicals.

According to Northern Presbyterian Agriculture Services and Partners (NPASP) of Ghana, in the Upper East region of Ghana in 2010, pesticide poisoning claimed the lives of 15 farmers.

The Togolese government decided to ban the import, marketing, and usage of glyphosate and any goods that contain it after years of debate over the herbicide in West Africa. Noel Koutera Bataka, the country’s former minister of agriculture, animal production, and fisheries, issued an order on December 19, 2019, imposing a 12-month restriction on the removal of goods that were already on Togolese land at the time.

Mali’s National Directorate of Health and Public Hygiene expressed worry about the misuse of chemicals, notably pesticides, in the agricultural sector in a statement that was released on January 3, 2020. According to the statement, the usage of these substances has significant negative effects on human and environmental health.

Agrochemical use in Ghana has historically been lower than in other African nations, but this is quickly changing as agrochemicals are increasingly being used to support the country’s agriculture.

According to data from Ghana’s Environmental Protection Agency (EPA), 540 different chemical kinds have been registered for usage in public health and agriculture.

The appropriate authorities are being urged to keep an eye on the effects of the agrochemicals used in Ghana.