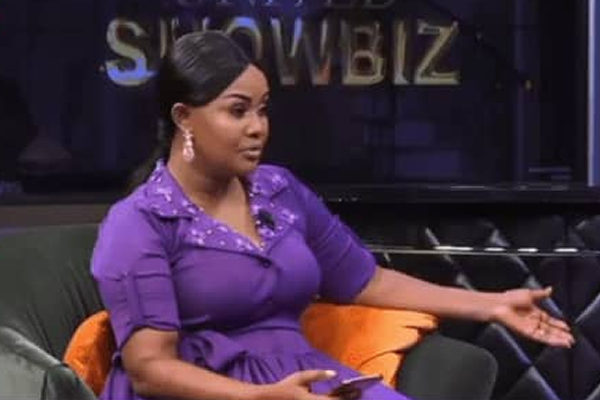 Actress, Nana Ama McBrown while hosting her show on UTV, received news that her colleague and friend, Bishop Bernard Nyarko, had passed on.

The actress delivered the news to viewers in a straight voice but began to tear up a few seconds after.

Nana Ama McBrown mustered the courage to continue her conversation with her guests but her voice began to shake from the tears.

The TV show host said she and other colleagues reached out to Bernard Nyarko frequently through his mother to check up on him while he was ill.

She explained that they were, however, unable to pay him a visit because they were asked to wait to be given the go ahead.

I was waiting for a response to visit him – Nana Ama McBrown recounts quest to reach out to Late Bishop Nyarko #unitedshowbiz pic.twitter.com/4EBvOxZCVX

Bishop Bernard Nyarko was reported dead on Saturday, May 2. The actor has not been in good health for a while and many fans are assuming he may have succumbed to the illness.

According to the PRO of the Film Producers Association of Ghana, the news came to him from a “trusted source” although the cause of death was not revealed.

DISCLAIMER: The Views, Comments, Opinions, Contributions and Statements made by Readers and Contributors on this platform do not necessarily represent the views or policy of Multimedia Group Limited.
Tags:
Bernard Nyarko
Nana Ama McBrown