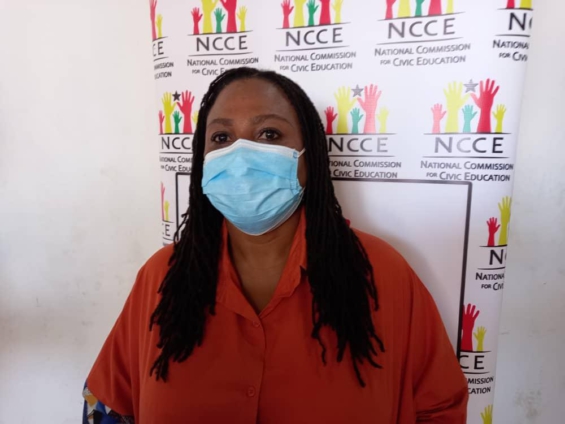 The Chairperson for the National Commission for Civic Education (NCCE) has called on Ghanaians, particularly the youth, to pursue national cohesion and inclusively participate in the governance process.

Josephine Nkrumah made the call while addressing separate workshops for selected youth activists in Gomoa West and Awutu-Senya East at Apam and Kasoa.

The workshop under the theme, “National Cohesion and inclusive participation; Empowering Ghanaians to stand for National Cohesion”, aimed to sensitise youth activists to be ambassadors of peace and unity.

That is why the NCCE was embarking on a project dubbed “We are One Ghana” concept with support from the Ministry of National Security, to reinforce the essence of national unity as a prerequisite to deepening our democracy, she indicated.

The NCCE Chairperson stated that the engagement also encouraged them to understand the importance of national cohesion. There would be no need to talk about secessionist activities and other social vices against the State if there was unity.

She indicated that terrorism in nations that were greatly divided into ethnic, religious and particularly, political lines resulted from disunity.

She further stated that there was a growing political and religious intolerance as well as ethnocentrism that seemed to be engulfing society, and “if care is not taken or we don’t find a way to build national cohesion, then it could put our democratic journey in danger”.

She stressed the need for all to see themselves as one people irrespective of one’s ethnicity, religious or political affiliation for national development and hold the flag of Ghana high.

Mrs Nkrumah informed the gathering that National Cohesion was very important because development took place in an environment of peace and unity, but violence stifled progress and destabilise the peace and tranquillity.

She encouraged the youth to embrace peace, as there was only one Ghana, and all must continue to go about their duties without hindrance and contribute towards the Nation’s total development.

William Baffoe, Central Regional Coordinator of the National Security, briefed the youth at the various communities on Violent extremism and terrorism, enumerated marginalization, inequality, discrimination, persecution, the denial of rights as factors of violent extremism.

He also took them through preventive measures, including awareness creation, community surveillance and the formation of neighbourhood watch and patrols to avert possible signs of radicalization among the Youth.

He urged them to see themselves as one people, be law-abiding and to desist from indulging in acts that will not bring progress to their lives, and desist from any activity that will disturb the peace of the area.

Resource persons from the legal fraternity also sensitized the youth at Apam on the Public Order Act, Vigilantism and ADR Mechanism.