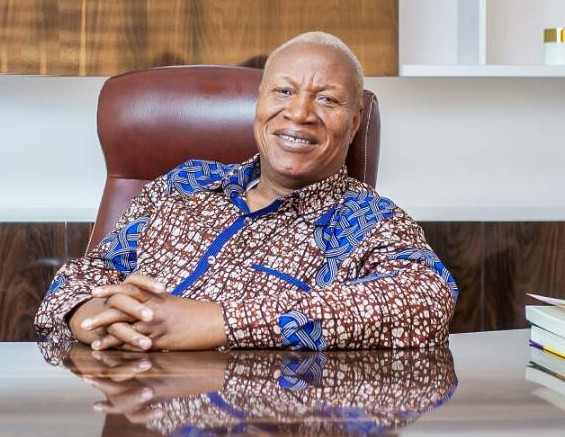 Flagbearer hopeful of the National Democratic Congress (NDC), Joshua Alabi is scheduled to submit his nomination forms on Monday, December 17.

In a Facebook post on Wednesday, the former Vice Chancellor of University of Professional Studies, Accra (UPSA) noted that he will submit the forms on Monday along with the filing fees.

“My mission is simple, to deliver victory2020 for the NDC, so as to revolutionise agriculture, create businesses in the Agric sector and unleash unprecedented job opportunities for our teeming unemployed youth,” he wrote.

“I am determined to build a just society that offers opportunity to every Ghanaian, irrespective of where you were born, how you were born, who you were born to and the circumstances of your upbringing,” he added.

Mr. Alabi who is also a former board chair of the Social Security and National Insurance Trust (SSNIT), has become the first of 10 candidates to announce the completion of his endorsement.

His announcement means that he has raised the hefty GHS300,000 filing fees which is a 500% increase from the previous GHS50,000 when the party was in power.

The NDC primaries which is scheduled for January 26, 2019, has big shots such as former President John Mahama, who led the party to its heaviest defeat in 2016 after his failed second term bid, former Trades Minister, and Mr. Alabi himself.

However, some analysts have described the race as an easy one for Mr. Mahama since he still has enough influence in the party.

“John Mahama will be the man to beat,” Dr. Evans Aggrey-Darko told Joy News in 2017.

There are about ten candidates left in the race after some of them officially pulled out while others failed to pick nomination forms before the deadline.