NDC worried over transportation of election materials without security escort 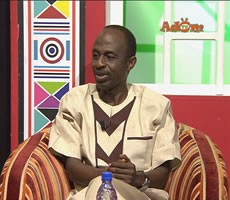 The NDC has expressed grave concern over the manner with which verification equipment are being dispatched to various regions and districts across the country, without information or security precaution from the political parties.

According to a statement issued over the weekend, General Secretary for the NDC, Johnson Asiedu Nketia noted: “We see the dispatch and distribution of election materials as very sensitive exercise which should be done in collaboration with stakeholders. There is the possibility of swapping genuine equipment with fake ones thereby disenfranchising genuine voters. There is also the possibility of wrong loading of the register unto the verification equipment”.

“The NDC is of the opinion that the involvement of political parties in the tracking of the transportation and distribution of the verification equipment would help check perpetrators of electoral fraud and enhance the credibility of the country’s electoral process and, avoid compromising the integrity of the Electoral Commission.

The statement claimed “some of the sealed sacks containing ballot papers destined for Ashanti Region were found to have been damaged exposing the contents on arrival in Kumasi”.

“We are yet to receive satisfactory explanation to this occurrence and assurances that these incidents have not affected the integrity of the ballot papers in the Ashanti Region already”.

The ruling party however believed there is still time for the EC to involve all the political parties in the tracking of the distribution of the verification machines from the district level to the polling stations in the same rigid manner, as the ballot papers are handled to remove the possibility of swapping of genuine equipment with fake ones.