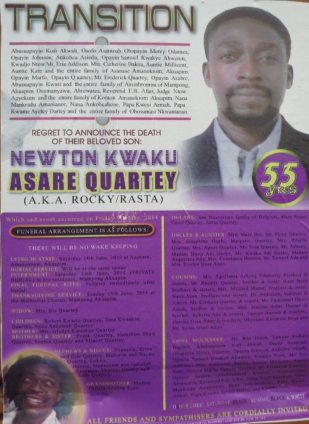 Funeral Arrangements are as follows: There will be no wake.

Attire: Black on Saturday and Black and White on Sunday.

ALL FRIENDS AND SYMPATHISERS ARE CORDIALLY INVITED