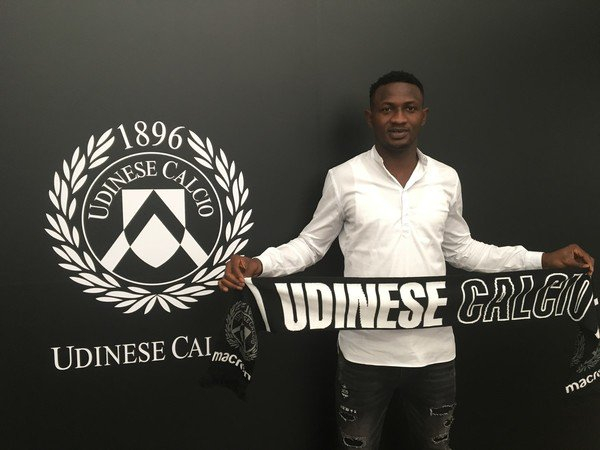 "Opoku is a defender that has been highlighted in the last year,'' said Sporting Director of the Technical Area Daniele Pradè. '' At the orders of [coach] Mr Velazquez, he will have the opportunity to put his characteristics to good use ".

He joins fellow Black Stars teammate Emmanuel Agyemang Badu in Udine after the latter rejoined the side after a loan deal in Turkey last season.

He has been capped twice by the Black Stars.