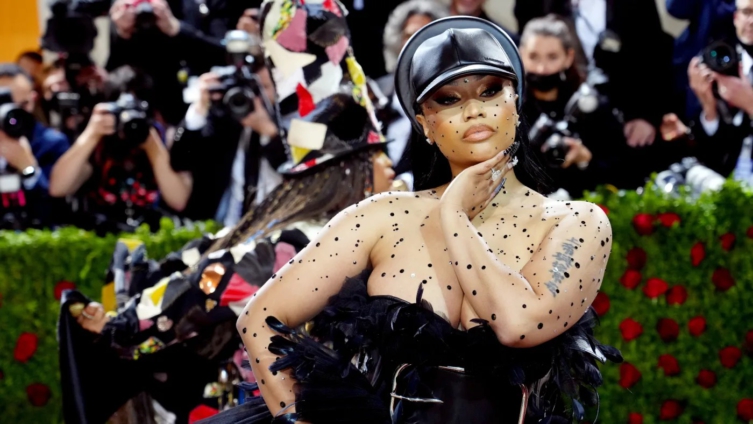 Nicki Minaj has just dropped the trailer to her upcoming docuseries dubbed Nicki and for all the “Barbs” out there, the docuseries is coming “sooner than you think.”

The “Super Bass” rapper released the 2-minute trailer on her social media channels Thursday, and it’s billed as “a story so raw it can only be told by a legend this real.”

The trailer begins with a young Nicki rapping before you hear her voice, “You don’t get a manual on how to be a famous rapper. You just learn it as you go.”

The trailer’s then spliced to show the attention Nicki commands and her luxurious lifestyle. Set to the backdrop of her 2018 hit “Chun-Li” off her Queen album, Nicki reveals that the young version of herself “wasn’t afraid to fail” and how “female rappers weren’t really charting at the time.” And, while showing a January 2011 tweet from Taylor Swift in which she gushes over the rapper, Nicki can be heard saying, “I never wanted to be mainstream. Mainstream came to me.”

Coming SOON!!!! The #NickiDocumentary you didn’t know you needed. Love you so much. 😘🫶🏽🎀💕🦄 pic.twitter.com/KbOY5fPU0s

The six-part docuseries aims to also tell the story of the Trinidadian-born rapper, singer and songwriter who thrived in spite of an industry that is not “loving and supporting.”

There’s also one particular scene that shows Nicki “self-medicating” while later breathing with the help of an oxygen mask.

“I have to make music in order to stay sane,” she says.

The trailer ends teasing fans that the docuseries is coming soon. Nicki took to Instagram and revealed that it’s “Coming out SOONER THANK YOU THINK 😅.”

She added, “I took some time to perfect this very intimate, delicate, electrifying, inspiring body of work.”

Back in November 2020, ET reported that HBO Max picked up a six-part docuseries following the life of the rapper. But it seems that deal may have fallen through because Nicki’s caption also included that she’s currently deciding on a home for the Nicki project.

“As I decide on a home for this project, I can’t help but reflect on what I’m including in this doc,” she wrote in her caption. “Some things are so personal, it’s scary. It’s like NOTHING you’ve seen before & I need it to be handled with care.”

Bron Studios out of Canada is the production company behind the docuseries.