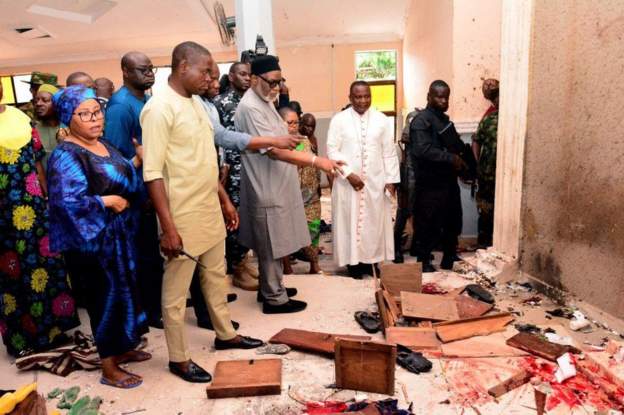 The Nigerian authorities say they suspect the militant group Islamic State West Africa Province (ISWAP) carried out the deadly attack at a church in Owo in Nigeria’s Ondo state last Sunday, in which 40 people were killed and dozens more wounded.

Nigeria’s Interior Minister Rauf Aregbesola made the announcement while briefing journalists after a security council meeting chaired by President Muhammadu Buhari at the presidential palace in Abuja.

This is the first time the Nigerian authorities have blamed any group for the attack.

If confirmed, it would be the first attack by the IS-linked militants in southern Nigeria – signifying the expansion of its violence.

The group mainly operates in the north of the country.

It had claimed a number of attacks in the past in the central state of Kogi – which shares boundaries with Ondo state.

The militant group has not yet commented.