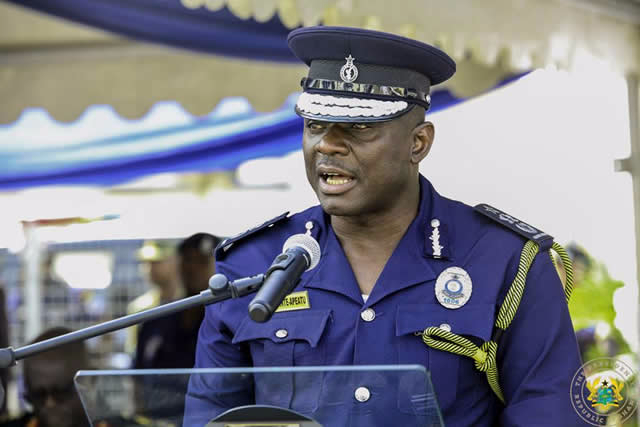 The Police have dismissed suggestions by an NGO, Child Rights International, that it is holding a 12-year-old boy in connection with Major Mahama’s killing.

Director of Police Public Affairs, DSP Sheila Abayie Buckman, says the boy was questioned by officers on his role in the murder of Major Mahama and was let go.

After the callous lynching of Major Maxwell Mahama last month, many parents and guardians have fled the town for fear of reprisals.

The late Major Mahama was buried last Friday at the Military Cemetery in Osu after a state funeral at the forecourt of the Banquet Hall. He was murdered while on national assignment at Denkyira-Obuasi.

The residents said they mistook him for an armed robber after he was spotted with a weapon and killed him.

Children were left alone without care. Other children in the town also witnessed the lynching as adults perpetrated the act.

In fact, a 12-year-old boy was seen participating in the lynching, leading to his arrest.

Executive Director of Child Rights International, Bright Appiah, on Tuesday indicated that its investigations reveal that the minor who reported himself to the police was not kept at the juvenile center as stipulated by law.

These occurrences, according to the NGO have the tendency of affecting the psychology of the children involved.

Mr Appiah said the best solution is for the state to rehabilitate and reintegrate the children to prevent them from experiencing permanent trauma.

“It is important to note that such situation makes children more vulnerable and expose them to abuse when there is no monitoring.

“For us to abandon our children means we are abandoning our responsibility to monitor them to have a right to education, shelter and even protection,” he said.

He said as a nation, what is required in such a situation is for the district assembly to provide services to ensure that the protection and care of children is guaranteed.

“We think, irrespective of whatever happened, the state must be interested in protecting children in the process whether they are victims of circumstance or perpetrators,” he said.

But, DSP Sheila Buckman said, “The boy is not with the police, in its custody and has not been detained.”

“The boy was reported by the Ashanti Regional Police as having been arrested and per our procedure, we had to interrogate and do some few checks to connect persons arrested to the murder before we detain them.

“However, from police checks, the boy was not supposed to have been detained and so we are not holding him as a suspect,” she said.