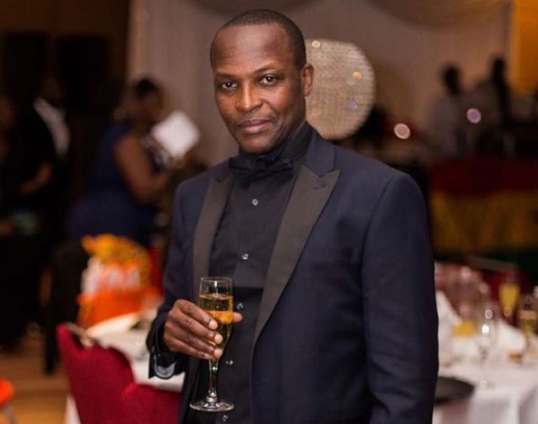 Filling up the O2 Arena in London is a huge feat, and Dennis Tawiah has contended that no Ghanaian artiste can, presently, reach this milestone.

Lexis Bill asked him on Personality Profile on Joy FM, Thursday evening, “do you think any Ghanaian artiste can sell out the O2 Arena’s 20,000 space?” The CEO of Akwaaba UK Group kept it simple, “at present, No!”

“Which Ghanaian artiste, on record, as we speak, has even sold a 5,000 capacity venue in the UK?” he wondered. The closest, he recalls, is Reggie Rockstone or Sarkodie who might have drawn about 4,000 audiences to their shows some years ago.

Dennis is an experienced UK-based event organizer, with a rich record of hosting some of the biggest African entertainment shows in his territory. He further revealed that the biggest crowd a Ghanaian event has ever registered was at the O2 Academy, Brixton, with more than 4,000 music lovers in attendance. “That was Lumba, Kojo Antwi and Amakye Dede, altogether, in 1994”, he quickly underscored.

In an attempt to defend his assertion, Dennis Tawiah explained that music must be appealing to people from all walks of life in a particular radius, in order to attract huge numbers to a show of 20,000 capacity.

The experienced event organizer, however, believes that Ghana’s biggest shot at filling the O2 Arena in London, currently, could possibly result from assembling some of the biggest names in our music space for a night of thrills. If Sarkodie, Stonebwoy, Samini, Shatta Wale, Kidi, Kuami Eugene and Black Sherif headline a concert, “we can try” to fill up the O2, Dennis believes, adding that, “it’s going to be difficult”.

“Now we’ve got Black Sherif. There’s a lot of pressure on him to make it but it shouldn’t be only Blacko. There should be other artistes joining him, making sure we get that global attention”, he advised. Dennis believes everything is possible, however, Ghanaian artistes need to build a united front in order to reach milestones of single-handedly selling out huge arenas.

Dennis Tawiah recently picked up the Diasporan Award at the 7th EMY Africa Awards, held in Accra and powered by Joy Entertainment. He is mostly celebrated for his relentless efforts in promoting the African culture in the diaspora through entertainment. His company, The Akwaaba Group, has been the force behind Miss Ghana-UK, Ghana Independence celebrations as well as Party in the Park in the United Kingdom.

DISCLAIMER: The Views, Comments, Opinions, Contributions and Statements made by Readers and Contributors on this platform do not necessarily represent the views or policy of Multimedia Group Limited.
Tags:
Akwaaba Group
Akwaaba UK
Dennis Tawiah