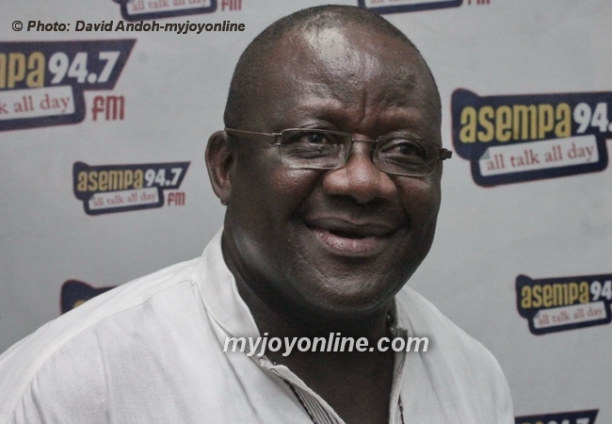 Beware! You are not untouchable and can be removed. That is the warning issued by an angry member of the National Executive Committee of the New Patriotic Party FF Antoh to the party's National Chairman, Paul Afoko and General Secretary, Kwabena Agyapong.

He is accusing Messrs Afoko and Agyapong of taking unilateral decisions contrary to the party's constitution.

Last week the the General Secretary of the party, Kwabena Agyapong signed a letter asking the acting Director of Communications of the party, Perry Okudzeto to proceed on leave.

Mr Okudzeto said he was "stunned" when he was asked by the party's Chairman and Secretary as well as the acting Director of Finance and Administration to proceed on leave.

That directive appears to be the last straw that broke the camel's back. First Vice Chairman of the party, Freddie Blay was the first to distance himself from the decision. He said the decision was unilateral, unconstitutional and was without the consent of the executive.

"What was done was ultra vires" he pointed "and must be withdrawn" he charged.

He said the two had no mandate to take a decision like that without consulting the steering committee of the party.

A June 19 letter intercepted by Joy News written and signed by some members of the Steering Committee, including, Mr Freddie Blay, FF Antoh, Sammy Awuku raised concerns about how the Chairman and the general secretary appeared to be taking unilateral decisions in the party.

This concern caused an intervention by ex-President John Kufour who was reported to have had meetings with the new executives to attempt to resolve the impasse.

FF Antoh is convinced the Chairman and the Secretary have not taken any lesson at all from the meeting with the ex-president.

He warned the party per Article 12 has the power to remove an elected executive if he or she violates the constitution and reminded the two leaders they are not untouchable.

With a Steering Committee meeting scheduled later this week, FF Antoh has called on the two executives to withdraw the illegal letter and apologise accordingly or face possible impeachment.

A member of the Regional Council of Elders, Ayisi Boateng said the recent happenings in the party is a major source of worry to everybody.

He intimated that there has to be serious consultations within the party to avert any implosion.

"All these developments are not healthy for us," he indicated.