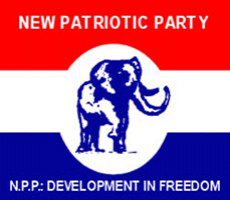 The Nasara Club has stated that the New Patriotic Party (NPP) will definitely pick a Muslim to partner the party’s flagbearer, Nana Akufo-Addo in the 2012 general elections.

According to the Central Regional Coordinator of Nasara Club, Alhaji Mohammed Kamal, the NPP had over the years picked a Muslim as running mate and would repeat it for the 2012 polls.

“I am confident Nana Addo is going to pick another Muslim as his running mate,” he stated.

Alhaji Kamal made this known on Friday during a special prayer session by Nasara Club members for Nana Addo and the NPP in general.

The Nasara Coordinator noted that even though he had no clue as to who Nana Addo would pick to partner him, he was sure the NPP flagbearer would nominate a Muslim since the party believed in the contributions of Muslims to the development of the country.

He noted that Nasara Club decided at the national level during a meeting of leaders of the club that it would hold a special prayer and recitation of Quran for Nana Addo and the NPP to ask for Allah’s blessings for the flagbearer and the party to emerge victorious in the 2012 elections.

“It is therefore in that direction that we are reciting the Holy Quran today and praying for the party and the country in general for Allah to continue to bless mother Ghana and allow us to continue to enjoy the peace we have despite our various political views,” he said.

He said representatives of Chief Imams in all the 19 constituencies of the Central Region engaged in the prayers.

“We decided to do this for the party since the NPP has now recognised Nasara in its constitution and this is going to be an annual event,” he said.

He noted that the National Democratic Congress (NDC) had polluted the minds of Muslims in the Zongo communities with vile propaganda, adding that the Nasara Club was going house to house to correct all those misconceptions to draw more Muslims into the NPP’s fold.

He added that the club was educating Muslims on the policies and programmes of the NPP to enable them to make informed decisions in the upcoming general elections.

The Cape Coast Constituency Coordinator of the club, Alhaji Adamu Abdulai, indicated that the club had been receiving tremendous support and great response from their house to house campaign because people were suffering and had decided to join the NPP this time.

He called for unity amongst people in the Zongo communities and advised Muslims to tolerate each other’s view to be able to co-exist peacefully amongst themselves.