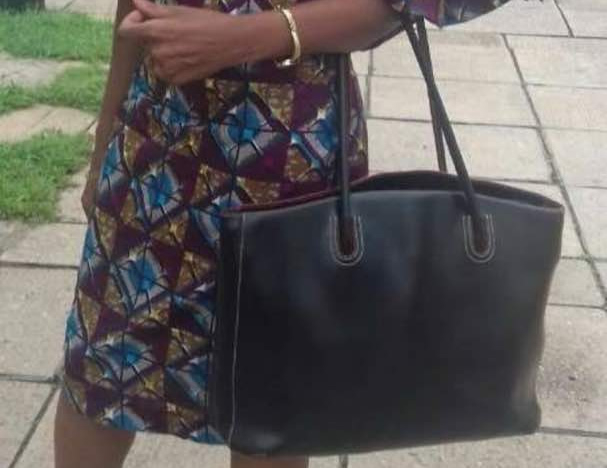 A family source has discounted reports that the stolen handbag belonging to the Quiz Mistress for the 2017 National Maths and Science Quiz (NSMQ) Dr. Elsie Effah Kaufmann has been found.

Her reaction follows comments made by the Prempeh College headmaster Samuel Fordjour who claimed, a hidden camera captured the suspect.

“When we met yesterday, I was told the bag has been found and that they had traced the person who stole the bag and had gone for the bag, a camera at the location helped to trace the person…,” he told Adom FM's 'Dwaso Nsem' Friday.

The senior lecturer of University of Ghana’s handbag contained her car keys, ID cards, keys to room, cash and other valuables.

The theft happened after fans crowded the stage to celebrate Prempeh College's victory in the 2017 grand finale.

A picture of the bag has been circulated as a search for the item continues.

But social media has taken a lighter side of the theft with trolls revealing their own suspects of the theft.

Trolls have suggested the third-placed school, Adisadel College stole the bag as a consolation prize.

Retaliating trolls have also suggestion it was Prempeh College because their fans took to the stage after their school was declared winner.