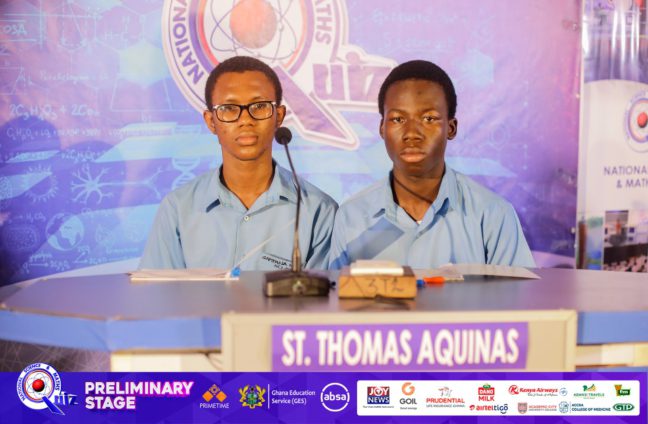 St Thomas Aquinas Senior High School has made it to the one-eighth stage of the National Science and Maths Quiz after leading the second contest of the Greater Accra preliminary stage with 49 points at the end of the final round.

The first round saw Aquinas leading with 18 points. Ghanata and Ashaiman followed with 5 points and 8 points respectively.

The second round tipped the competition higher with Aquinas still leading with 20 points and Ghanata and Ashaiman trailing behind with 8 points and 13 points respectively.

In the third round, the Aquinas boys had 29 points, Ashaiman SHS followed them with 16 points and Ghanata Senior high garnered 10 points.

The last but one round saw Aquinas recording 39 points, whereas Ashaiman got 17 points and Ghanata had 20 points.

The score for the final round saw St. Thomas Aquinas with 49points, Ashaiman SHS with 17points and Ghanata, 20 points.