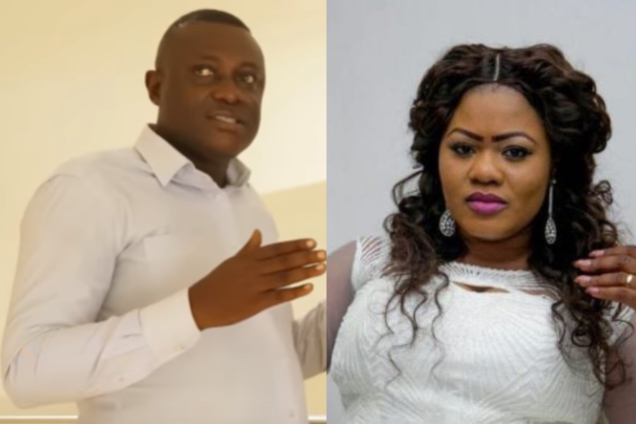 The ex-husband of gospel musician Obaapa Christy, Pastor Love Kweku Hammond, says he has not seen their last child for over a decade.

According to him, the last time he saw his son was when the boy was about two years old adding that the singer has not allowed him to see his kid since then.

Speaking to Afia Tamakloe on the M’ahyease TV show, Pastor Love said that because he wants to have a relationship with his child, he has sought to use other means to get her to change her mind especially since she has custody of all their three children.

He stated that over the years he chose to be patient and urges close associates to speak to Obaapa Christy but she is yet to heed their advice.

Pastor Love said that he did not want to pursue a custody battle or use other means to see his children because he does not want to make a big problem out of the issue.

He said that consistently he had to pull a brake on taking the case further.

But the Action Grace Chapel Head Pastor noted that if Obaapa Christy continues to create a barrier between him and his child, he will be forced to seek other means which may unearth more problems.

The couple was married for 4 years before finally separating with quite an unpleasant divorce in court.

Meanwhile, this is not the first time Pastor Love has expressed his pleasure at the rate at which he sees his children.

In 2019, shortly after Obaapa Christy’s remarriage, Pastor Love demanded to have custody of their children after claiming they were being maltreated.

DISCLAIMER: The Views, Comments, Opinions, Contributions and Statements made by Readers and Contributors on this platform do not necessarily represent the views or policy of Multimedia Group Limited.
Tags:
Obaapa Christy
Pastor Love