One thing you should never say to a divorcee 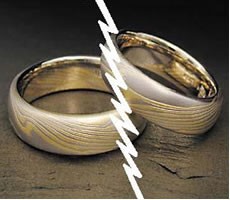 One of the most common responses that I receive when I tell others that I am divorced is: “Oh, I know how you feel. I just broke up with my boyfriend/girlfriend of [insert number of years here.]”

Divorce is a loss unlike anything else that most people will experience in their lifetime. Divorce is hard emotionally, financially and socially; it’s heartbreakingly difficult. Many sources have said that divorce is the second-most traumatic life experience that a person can go through, after the death of a spouse. I fully believe that there is a good reason — actually, many good reasons — that they didn’t include the breaking up of long-term relationships on that list.

While some breakups do involve separating assets and legal paperwork, the majority of breakups of (childless) relationships don’t. All divorces require paperwork — even the ones that end amicably. Divorce brings out the worst in people. Lawyers get involved, fights start and animosity grows. Of course, not every relationship ends badly (for example, my ex and I are still good friends) but in general, having to argue over each book, every dish and every dollar acquired during the marriage is not a fun experience for anyone.

The biggest difference between a divorce and the breakup of a long-term relationship is the emotional and mental toll that it takes. When getting married, a couple stands in front of all of their friends and family — and in many cases, before God — and declares their never-ending love for each other. They promise to spend their lives together “for better or for worse”. After getting married, the two individuals become a family that works together toward common goals, hopes and dreams.

When a marriage ends, the sense of failure that both parties feel is overwhelming. Even if the reason for divorcing is valid, there is still a lingering feeling of having lied to everyone who mattered most. Divorcees often feel like they have let everyone down by not being able to “fix” their marriage.

Along with the incredible sense of failure comes extreme loneliness, because divorce represents the end of “us” and the return to “me, on my own again”. When a long-term relationship ends, there is still a sense of loss but, in most cases, the two individuals were able to keep their sense of self and maintain (somewhat) separate lives during the relationship; returning to their own life after a breakup isn’t as severe a transition.

So if your friend or family member tells you that they are getting a divorce, don’t tell them that you know how they feel, unless you actually do. Tell them that you’re sorry, that you’ll be there to support them, to listen to them, to drink with them, hug them and let them cry on your shoulder. Tell them that it will be tough (because you read it in an insightful Huffington Post article, not because you experienced it personally) but that they will make it through, and in many cases, they will be happier because of it.

Trust me. At the end of the grieving process, they will thank you for it.