Opinion: The African Union: An exclusive club for brutish despots 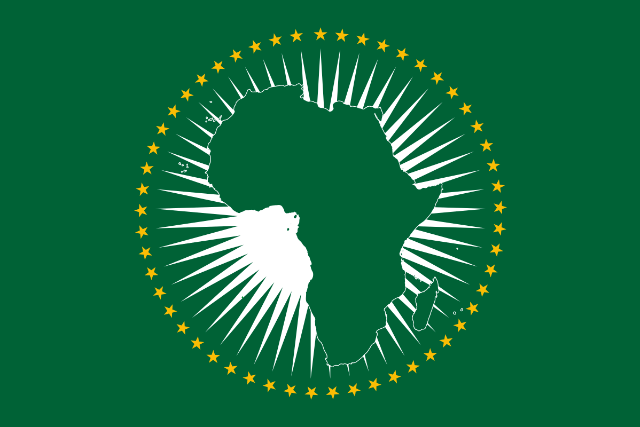 On January 28, Egypt's President Abdel Fattah el-Sisi was elected to head the African Union's (AU) 31st session that is due to start in January 2019. This was a massive diplomatic coup for a leader that human rights groups hold responsible for the deaths of at least 817 peaceful protesters in Cairo in a single day five years ago.

If everything goes according to plan and Sisi indeed succeeds Rwanda's President Paul Kagame as AU president, for one year he will serve as the chairperson of an organisation that claims to work towards modernising governments, accelerating economic growth, reducing poverty and improving access to healthcare and social services throughout Africa.

While African leaders' decision to hand over the presidency of the AU's 31st session to a controversial figure like Sisi (whose ousting of Egypt's first democratically elected president in 2013 prompted the organisation to suspend Egypt's membership for nearly a year) is undoubtedly problematic, it is not at all surprising for anyone who is familiar with the organisation's history of protecting and even promoting Africa's strongmen.

The AU boasts leaders within its ranks who have profoundly patriarchal and conservative values, questionable legitimacy and blood-spattered pasts. In many ways, the 55-member organisation is a fine example to how a collective determination to establish and maintain democratic principles can go terribly wrong.

The Organisation of African Unity (OAU), the forerunner to the AU, was established on May 25, 1963 in Ethiopia's capital Addis Ababa to safeguard African interests – especially in respect of lingering colonialism.

The OAU was disbanded and replaced by the more inclusive AU in 2002. Since its conception, the organisation adopted a number of important new documents establishing norms at continental level, including the 2007 African Charter on Democracy, Elections and Governance. However, the continental body has struggled to act upon the noble vision for democratic change envisioned in this charter.

In the last decade, the AU has proved to be highly efficient in publishing decisions, declarations and press releases, but it has repeatedly failed to take constructive disciplinary action against tyrannical administrations.

Today, the scarcity of viable, all-inclusive multiparty democracies, especially in central and North Africa, suggest the organisation has failed to achieve most of its goals and instead transformed into an exclusive club of brutish despots who exhibit weak, corrupt, undistinguished and divisive leadership.

This year alone several political low points have exposed how toothless and exceedingly protective of African strongmen the AU is.

On April 2, Sisi won the presidential elections in Egypt with an extraordinary and highly questionable 97 percent of the votes, securing another four-year term. The election process was not free, fair or transparent. This sham "election" should have drawn strong and unequivocal denunciation from the AU leadership and lead to the brisk suspension or even outright expulsion of Egypt from the union. Or, at the very least, Sisi's orchestrated win should have been a wake up call for the AU to launch an urgent and comprehensive examination of democracy within its ranks.

Of course, none of this has happened.

And even before this preposterous win ridiculed the AU's founding desire "to promote democratic principles and institutions, popular participation and good governance", the Sisi administration had been violating basic universal freedoms by cracking down on human rights organisations, muzzling independent voices and incarcerating journalists and bloggers like Wael Abbas with unwarranted zeal, grotesque brutality and amazing consistency.

Yet the AU has been disconcertingly silent on the sustained annihilation of democratic spaces and persecution of democracy advocates and alternative voices in Egypt – almost to the extent of appearing to be implicitly condoning Sisi's unprecedented crackdown on free expression.

The Sisi administration's dreadful actions impugned the value of the African Charter on Human and Peoples' Rights and demonstrated how the AU's mollycoddling of so-called "liberators" like Sisi threaten African aspirations of social and economic freedom.

The elections in Egypt was not the only one that caused embarrassment for the AU in recent years.

In 2015, Burundi's President Pierre Nkurunziza won a third term in office following an electoral boycott by opposition leaders, a coup attempt, and widespread violence that resulted in nearly 1,200 deaths, more than 100,000 being internally displaced and a further 300,000 fleeing the central African nation.

After the election, the confrontation settled into low-intensity warfare characterised by targeted assassinations, disappearances and torture. During all this, the AU not only failed to halt the exacerbation of the crisis, but also missed an obvious opportunity to take a united stand against anti-democratic actions of an African leader.

Last month, voters in Burundi approved constitutional amendments that could potentially allow President Nkurunziza to stay in office until 2034 as well as boost his powers. But this was not a straight-forward political victory for Nkurunziza.

The win violated the 2000 Arusha peace accords, which bars elected leaders from serving for more than 10 years. And a report from Human Rights Watch claimed that five people opposing the referendum had been killed, while six others were raped, eight abducted and scores were injured in violent attacks on perceived opponents of the National Council for the Defence of Democracy-Forces (CNDD-FDD), the country's ruling party.

Prior to the controversial referendum, Nkurunziza also banned the BBC and Voice of America from working in Burundi. Following all this, the AU once again failed to take constructive and decisive action.

The latest electoral shenanigans in Burundi rivaled the murderous drama Joseph Kabila has manufactured through a steadfast refusal to hold elections in the Democratic Republic of Congo. Although Kabila has broken every rule in the AU electoral book, the AU has shown no inclination to expel the DRC from the organisation.

The AU appears unmoved by the consistent discovery of mass graves in Eastern DRC, innumerable deadly clampdowns on peaceful protests in Kinshasa or the alarming humanitarian crisis, poverty and the plunder of natural resources currently taking place throughout the central African nation.

All the while, Africa is on a collective drive to abandon the International Criminal Court (ICC). Egypt has neither signed nor ratified the Rome Statute and Burundi, South Africa and the Gambia (temporarily) withdrew from the ICC in 2017 amid calls for all African countries to ditch the treaty. The current AU chair, Rwandan President Paul Kagame, recently claimed, "The ICC was supposed to address the whole world, but it ended up covering only Africa."

Despite the contrived disappointment displayed over the court's perceived inclination to prosecute African leaders only and an AU call for mass withdrawal of member states, the Hague-based court remains the most practical legal option for many victims of crimes against humanity who live in Africa.

The African Court on Human and Peoples' Rights (ACHPR) – which in theory should serve the peoples of Africa in a similar way to the ICC – appears blind to countless injustices that have been perpetrated on innocent and defenceless African citizens throughout the continent.

Perhaps the ACHPR hasn't heard about how thousands of poor and unarmed villagers died at the hands of the Fifth Brigade in the Gukurahundi massacres in Matabeleland, Zimbabwe from 1982 to 1987? Nobody has yet been held responsible for the said murders, in which, some human right campaigners allege, former President Robert Mugabe, Agriculture Minister Perence Shiri and current President Emmerson Mnangagwa played a role.

Maybe the AU, bound determinedly by deep distrust for Western meddling in African politics, hasn't heard about the 2015 disappearance of Itai Dzamara, a pro-democracy activist who was abducted by five suspected security agents from a hair salon in Glen Norah, Harare – only to be never seen again.

Maybe the ACHPR hasn't looked into prosecuting the armed men responsible for the awfully depressing plight of thousands of child soldiers and distraught women who are victims of mass rapes in the never-ending South Sudan war?

Or has the ACHPR deliberately disregarded how hundreds of defenceless activists have been victims of enforced disappearances and brutal torture in Egypt?

Although serious allegations of crimes against humanity hound the sitting presidents of Sudan, South Sudan, the DRC, Equatorial Guinea, Gabon, Egypt and Zimbabwe, as well as vicious bullies like the Gambia's former President Yahya Jammeh or Ethiopia's former dictator Col Mengistu Haile Mariam, AU leaders, including measured and "democratic" types like Kagame, believe everyone should buy into their self-serving anti-ICC dogma.

While Africans appreciate the need to strongly resist the geopolitical and economic machinations of the US, France, Russia, Britain and China in Africa, such an African nationalist imperative should not hinder the regular and indiscriminate execution of lawful procedures against former or current despotic leaders.

We couldn't (and shouldn't) care less about whether tyrants like Charles Taylor, Laurent Gbagbo, Nkurunziza, Kabila and Sisi are tried and jailed by the ICC or the ACHR: we want justice, law, order and democracy to prevail throughout Africa.

We want Africa to fulfil its immense economic potential and achieve enviable social objectives because all Africans deserve better than our present crop of corrupt leaders.

We want justice for Solo Sandeng and thousands of dead activists and pacifists like him. And we want to see the new Africa rising. Suffice it to say that, with or without the help of the AU, Africa will rise.